Vic Thasiah: Protecting the Earth in the long run

Above: Vic Thasiah in the Santa Ynez Mountains (photo by Bryant Baker)

Running on the dirt trails that led from the UC Santa Cruz campus to the ocean, Vic Thasiah fell in love with the sport—and with the natural world around him. The air was fresh, the ground soft beneath his feet. Above him, morning fog often laced the branches of towering redwood trees.

Fifteen years later, Thasiah realized there were probably other runners who shared his twin passions for running and environmental stewardship. There were, after all, an estimated 65 million runners in the U.S. who spent a lot of time outdoors, relying on clean air to breathe, clean water to drink, and a safe environment to pursue their sport, he said. And yet, there wasn’t an environmental stewardship organization of runners like there was for other sports.

Thasiah, an environmental humanities professor at California Lutheran University in Thousand Oaks, Calif., said he took inspiration for the group both from the same-sex marriage movement and the protest runs of Indigenous activists.

​He noted how it took decades for the same-sex marriage movement to change American minds and believes getting runners involved in environmental activism is part of a similar “long game.”

He also saw how Indigenous runners used their feet to protest the move by the administration of former President Donald Trump to drastically reduce the size of the Bears Ears and Grand Staircase-Escalante national monuments. 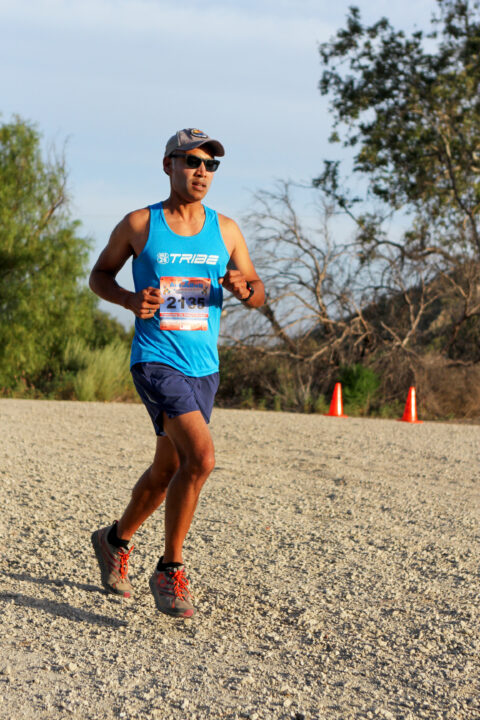 In 2018, a group of Indigenous and professional runners did a 250-mile relay from Bears Ears to Grand Staircase to object to the proposed reduced size of the culturally significant monuments. In 2016, relay runners also covered the 500 miles from the Standing Rock Sioux Reservation in North Dakota, where people were protesting the Dakota Access Pipeline, to Omaha, Neb., to deliver a letter asking the Army Corps of Engineers to refuse permission for the pipeline to cross the Missouri River.

“There is a long history of runners in Indigenous communities functioning as messengers between tribes and clans,” said Thasiah, who is an ultra-runner, which means he does races from 30 to 100 miles in length. “In the area where I live [Ventura], Chumash runners were not only diplomats and messengers, but they also had to know a lot about the natural environment in order to manage these long runs.

“They were runners, communicators, naturalists, and diplomats,” he said.

Thasiah hopes his organization, which has done habitat restoration projects, hosted films and seminars, sends out a monthly newsletter, and has several thousand followers on social media, will follow in that model.

“We are exploring the potential of runners to get activated on environmental issues and see what a difference we can make so we can become advocates, naturalists, and communicators,” he said.