NextVic Thasiah: Protecting the Earth in the long run
Features

Above: Donnie Veal with his family in October 2019 at his first Thanksgiving after he was released from prison (photo by his sister, UCSC alumna Evelyn Veal [M.A. ’95, education])

Effron “Donnie” Veal was 24 when he walked into the reception center at San Quentin State Prison in 1998, convicted of shooting a man in the legs during a confrontation in San Jose.

The prison was five tiers high, Veal remembered, and the air was thick with smoke from burning “wicks”—streamers of toilet paper rolled tightly so they could be lit on fire.

“The windows were broken out because people threw bars of soap at them to get air,” he said. “The cells were elbow-to-fingertip wide. Two people couldn’t even walk past each other. It was very noisy: a lot of yelling, lots of screaming and doors clanging, and the sound of metal keys” jangling from guards’ belts. 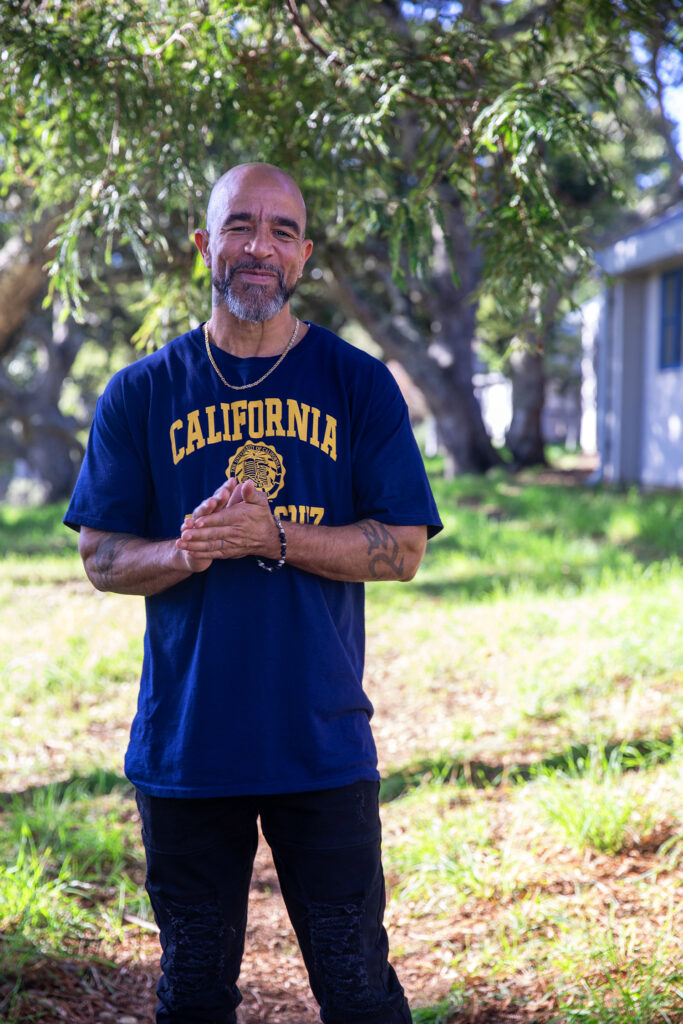 It was meant to unnerve, and it did. Veal felt the intimidation in his bones.

Fast-forward 25 years and Veal, 49, was only marginally less intimidated when he walked onto the UC Santa Cruz campus for the first time. There was the maze of paths leading from college to college, there were the classrooms full of students half his age who basically ignored him. There was unfamiliar technology and the feeling that a man with a prison record didn’t fit in a four-year research institution.

He wondered for a moment what he was doing there.

Veal, who described himself as determined, strong, and resilient, said he wasn’t about to lose sight of his goal, however. His dream was to one day walk across a stage with a degree in hand and, yet, he knew he needed help if he was going to navigate this strange new, wide-open world. He found it, he said, with two of his professors and also with a program on campus called Underground Scholars. Designed to help the formerly incarcerated and those affected by the carceral system find success in higher education, all nine undergraduate UC campuses now have organized Underground Scholars programs. UC Santa Cruz is among the programs that have a paid director.

“I feel like I have an ally,” said Veal (Stevenson ’23, sociology, with a minor in legal studies). “Underground Scholars has given me a sense of somewhere to go if I need help. If I didn’t have any support it might have thrown me off track, and one of the things I’ve always talked about is blazing a trail, streamlining the process so it’s a little easier for people like me.”

Formed in 2019 with support and funding from STARS (Services for Transfer and Re-Entry Students) headed by Sara Radoff, UC Santa Cruz’s Underground Scholars program is designed to address the challenges unique to those who have found themselves in the carceral system or been affected by it. It offers help with the often-daunting task of locating housing and a job for those with a prison record, of finding resources and mentors on campus, of networking, of locating financial aid, and of learning skills needed to succeed in college while also building a community of fellow students. In addition, it advocates for policy changes, funding, and expansion so similar programs can spread throughout the state’s higher-education system. In three short years, the UC Santa Cruz program has grown from 4 members to 30, according to director Joshua Solis (Oakes ’20, sociology), a trend that is reflected statewide.

With nearly 160,000 people incarcerated in California in spring 2021, according to the national research and policy nonprofit Vera Institute of Justice, and more access to college courses inside the state’s prisons and jails—education programs for the incarcerated grew from 1 to 19 over a five-year period, according to a 2020 report—organizers say there is an even greater need for programs like Underground Scholars on university and college campuses. Historically, they said, higher education systems aren’t set up to serve this population.

“We are dealing with the stigma of what it means to be formerly incarcerated, to be judged,” said Solis. “What we are saying is, ‘We are researchers, advocates, policymakers, and community leaders.’ We are changing the narrative. We are building up our communities. We’re empowering our community to use their voice to effect positive change.”

The Underground Scholars program got its start in 2013 at UC Berkeley. Danny Murillo, now 42, had arrived on campus to pursue a degree in ethnic studies after spending 15 years behind bars. For more than half that time, Murillo had been held in solitary confinement, in what is known as the SHU (Secure Housing Unit). His last stint was in the Pelican Bay State Prison SHU from 2003 to 2010.

On his first day of classes, Murillo said, he met an older, tattooed guy named Steven Czifra. They started talking and soon discovered they shared a history. Both had spent time in the Pelican Bay SHU.

“Meeting him was empowering and inspiring,” Murillo said.

The two decided to form an organization open to others like themselves. Murillo was surprised when 10, then 20, then 30 students showed up for meetings. They named the group Underground Scholars because “a lot of us had been subjected to the underground economy and being pushed to the periphery of society, and some of us were in solitary confinement, and how much more underground can you get?” Murillo said.

By 2016, the organization began to spread to other campuses. In 2020, a statewide collective of Underground Scholars programs received $1.75 million from the Mellon and the Crankstart foundations to expand services around the state.

Today, those in or formerly part of Underground Scholars programs have won prestigious scholarships, fellowships, research positions, and awards including the Regents and Chancellor’s scholarships, according to UC Santa Cruz’s Solis.

​“Over 100 formerly incarcerated students have graduated from the UC with the support of Underground Scholars,” said Solis. “Many of them are now in graduate programs in the UC and other universities.”

Currently, there are over 300 students involved statewide in Underground Scholars programs, he said. 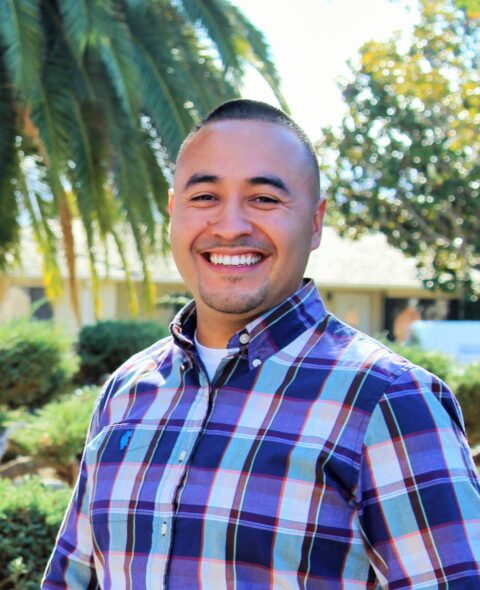 Solis, who is pursuing a master’s degree in higher education leadership and policy at California State University, Sacramento, had spent 11 years behind bars when he arrived on UC Santa Cruz’s forested campus. He couldn’t find housing, didn’t know much about financial aid, and had no idea about campus resources. He lived in his car for the first quarter, getting up every morning at 6 a.m. to shower in the gym before he went to class.

Eventually, he found help from STARS and the Renaissance Scholars program, which provides aid for those who’d been in foster care and others. He realized, however, that the needs of the formerly incarcerated and those affected by the carceral system were different.

Not only was it more challenging, for example, to find a job or get housing when you had a prison record, but you also might have to pay restitution—all while trying to navigate a university campus for the first time. You also may have come from a background where guns and violence were the norm, find yourself older than most other students, and, having been cut off from society for so long, have a hard time finding your way in the university system.

“It’s like you’re coming in and trying to adapt to this new culture and you want to be engaged in research, internships, professional development, but you don’t know how,” said Solis, 35, who was the first in his family to go to college.

He found the strength to persevere by remembering that he’d also had to assimilate at five different state prisons, he said, and was approached about starting an Underground Scholars program at UC Santa Cruz. He began to envision what that would look like.

In 2021, with funding from STARS and support from Director Radoff, Underground Scholars was able to open an office at Kresge College.

“Having a physical space on campus is really important. It allows students to have a shared area,” said Kylie Kenner (Ph.D. ’21, education), assistant project scientist in UC Santa Cruz’s Education Department, lecturer, and co-coordinator for UC Santa Cruz’s Underground Scholars program. “But it also sends a message to the larger college community that these students do belong on campus.”

Building a culture of belonging

While the Underground Scholars office might be small, the work it is doing is not. Solis and Kenner, for example, have built a strong network with local community colleges and held workshops to help carceral-system-impacted students with their transfer applications to state and UC campuses. They have organized academic seminars on job interviewing, on grad school, and on the difference between a résumé and building a CV. This past fall, the group held guided meditations, an art night designed to build community, and a workshop focused on physical fitness and mental health. 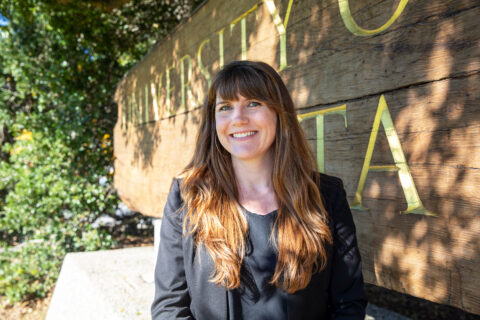 They also were able to secure $5,000 in emergency funding so that, for example, when a formerly incarcerated student needed crisis housing recently, they were able, in collaboration with the UCSC Renaissance Scholars and UCSC Slug Support programs, to provide emergency funding and housing—which, in turn, allowed the student to enroll in fall classes. When Solis visited a formerly incarcerated student who was sleeping on the couch in a crowded house, surrounded by an environment that wasn’t conducive to learning, he was able to support the student in getting emergency housing on campus.

Maybe most significantly, the first-year transfer student hadn’t even known those options were open to him, according to Solis.

Pressing for more state funding, Solis aims to create a sustainable program that will let a growing number of students know about the resources available to support their academic, personal, and professional success, he said.

Solis and Kenner hope UC Santa Cruz will model this type of student outreach to other universities.

“The culture and the amount of support that folks in any given department on campus have given to [formerly incarcerated students and those affected by the carceral system] has been tremendous,” Solis said. “No one has been turned away when they say they need help. Everybody has stepped up and stepped in,” which is not always the case on all college and university campuses, he said.

“I think it’s incredibly important to find champions, people who will support the student and make them feel valued and like they absolutely belong here,” said Kenner, whose research is focused on ways to support those in higher education who were affected by the carceral system.

Not only will formerly incarcerated students have individual success, but their accomplishments will also ripple into the larger community, inspiring others to see that a college degree is possible for them, Solis and Kenner said.

For Veal, the vision of a college degree is always in the front of his mind even as he sits in McHenry Library and tells his story, tapping his phone awake to show an emotional video of him seeing his son and meeting his grandchild for the first time on the day he was released from prison.

“For so long, I was taken away from society,” he said. “I want to set an example for my children and my grandchildren. To allow them to witness me going back to school at age 49 and walk across that stage, hopefully at UCSC, and get my degree. I just want to be a better person, that’s all.”