Mark Wooding: Drawing them in

Above: Photo by Claudine Gossett

Mark Wooding was in first grade when he was presented with a glittering, four-foot-high trophy for winning a citywide youth art competition sponsored by the de Young Museum in San Francisco. It was almost 12 inches taller than he was.

“I said, ‘Wow, I guess art is kind of my thing,’” recalled Wooding.

Which was something of an understatement considering that the now-31-year-old Wooding, who has been drawing since he could clench a pen in his toddler fist, has made a pretty good living with his art, including with his After Skool YouTube channel, which features 8- to 12-minute bites of history, philosophy, and thought animated in real time with Wooding’s colorful whiteboard drawings. It has 1.2 million subscribers, and has presented topics as diverse as why stupid people think they’re 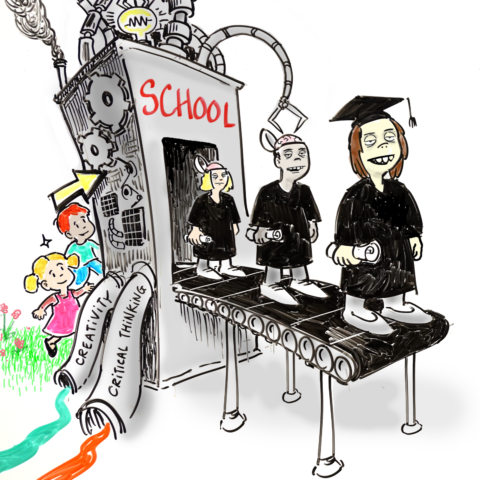 smart and why life is not a journey according to the late writer Alan Watts, known from bringing Eastern religious thought to the Western world.

“There’s actually less competition for weird and strange jobs,” said Wooding with a laugh when asked how he’d created

It all started with shoes.

According to Wooding, he was attending Lowell High School in San Francisco when he began illustrating his friends’ sneakers with Sharpie pens and spray paint. His art caught the attention of a columnist at the San Francisco Chronicle, and it wasn’t long before S.F.–based Timbuk2 hired Wooding to illustrate some of their hip canvas messenger bags. There, Wooding found a mentor in Boba Guys cofounder Andrew Chau and went to study art at UC Santa Cruz.

“Occasionally in class, they would show these whiteboard animations,” Wooding said by phone one morning as he hiked the foggy streets of San Francisco where he lives. “I remember the whole class being fixated on these 10-minute videos. No one was talking or looking at their phone, and I thought: ‘I could do that.’”

He taught himself whiteboard animation techniques after graduation and was soon doing freelance video assignments for hospitals and companies like Facebook, LinkedIn, and Intel, and creating murals for big corporate events. In 2015, UNESCO hired him to come to France to draw a mural for its international Youth for Change conference.

“Here I was making this mural in this incredible old building in Paris and, right next to my mural, was a Picasso mural,” Wooding said. “I was like, ‘How did I get here?’”

But in 2016, he started to question his whole career. 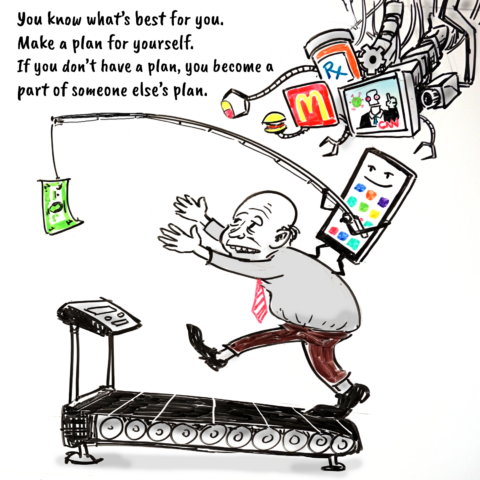 Wooding had been hired to produce a video for a presidential candidate he wouldn’t name and, despite his misgivings, he took the well-paid assignment. It turned out the candidate didn’t use the video, which Wooding had spent hours producing, and then didn’t pay him.

“I took it as a sign,” Wooding said. He’d been stifling his creativity and losing his soul in return for a big paycheck.

He decided to follow his intuition and created his After Skool YouTube channel with animated videos that illustrated the kind of questions people ask themselves but there’s not a ready answer for—why don’t country flags use the color purple, for instance—and pretty much anything else that interested him. He gave himself a goal: to have 100,000 subscribers by July 24, 2017, one year after the channel’s birth.

After six months, he didn’t even have 1,000 subscribers.

This animation, “Best Insights from Alan Watts, Jordan Peterson, Elon Musk, Aristotle, Eckhart Tolle, Joe Rogan & More,” highlights some of the insights that inspired After Skool. The goal of the channel is “to enhance the most profound ideas with art AND get you to question things.”

Then, Wooding illustrated an interview with author and motivational speaker Simon Sinek about why millennials are struggling in the workplace. Sinek shared Wooding’s video on his social media sites, and After Skool’s subscribers skyrocketed. So far, the video has had 5.3 million views. Other videos soon followed: TV host Joe Rogan and Tesla’s Elon Musk’s thoughts on why social media is destroying us; comedian Dave Chappelle on walking away from money; and Watts on what happens when you only pursue pleasure in life.

The videos—one on humans’ need for acceptance, for example—sprung from Wooding’s own interests and from observing the world around him. They were deep thoughts illustrated with playful, real-time comics-style drawings on a whiteboard (which is real and not software, by the way). 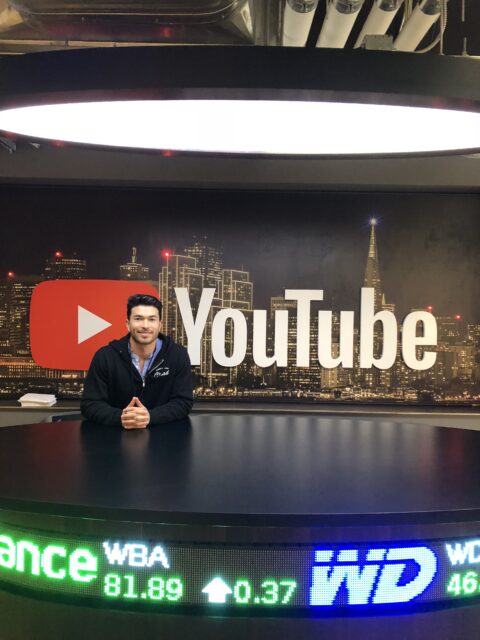 Each episode takes 80–100 hours to complete with an average viewership of 750,000 per offering, although some have racked up millions of views.

For Wooding, life now is about following his intuition, creating something of value, and letting the money follow.

“The internet is filled with a lot of negativity, a lot of wasted time,” Wooding said. “I wanted to put up something that inspired people and made them think about some of these deeper ideas and what they want in life and how precious life is. …

“I want to present ideas that bring people together.”