NextComing together to heal
Alumni profiles

Above: Sherril Wells with a cabbage that she and her late husband, Rodney Wells, grew in their backyard. Wells, a former organic farmer who now cultivates vegetables in her yard for donation, grew close to a thousand pounds of produce last year.

When Sherril and Rodney Wells started Rancho de Rodney, a certified organic farm in southwest Fresno, in 2009, they were hoping to make a living as farmers.

Rodney Wells had a strong sense of discipline, which he learned in the Navy. Early in his career, other sailors subjected him to racial taunts (Rodney Wells was Black). But he soon outranked them, becoming the supervisor of 200 men aboard the USS Pogy submarine. 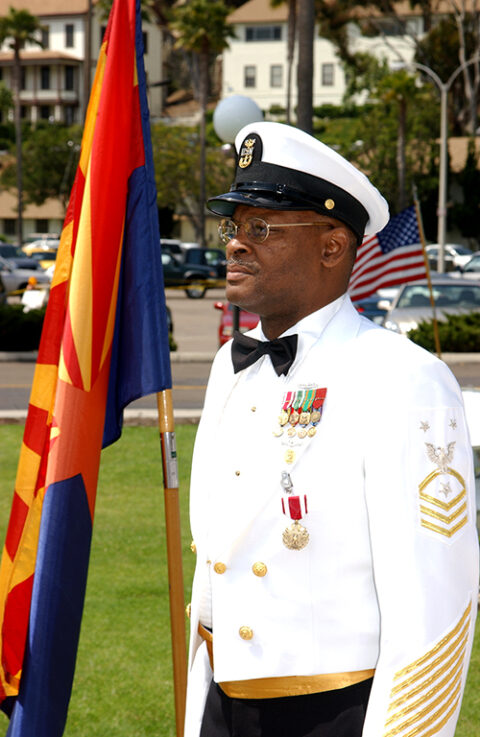 But in spite of their work ethic—Sherril Wells was a research attorney at Fresno Superior Court—and their wide array of products, the farm never took off.

The Wellses were undeterred. Instead of giving up, they pivoted. After selling the farm in 2016, they grew vegetables in large planters in their yard and donated them.

Their venture of generosity was thriving—soon they expanded their operation to the African American Farmers of California’s demonstration farm outside Fresno, which set aside two acres of space for them to grow vegetables.

But their partnership was broken forever in December of 2020 when Rodney Wells died of a heart attack. It came so suddenly that he didn’t have a chance to cry out.

“We were in this together,” Sherril Wells said. “I didn’t know what to do. Initially, when he died, I just didn’t want to be alive anymore either.”

Then Wells looked around and realized she had no choice but to press on with her life. Others were counting on her.

“When Rodney died, he still had crops in the ground,” Wells said. “I just couldn’t handle the idea that they would not be taken care of. I had to take care of these crops. And then it became a very healing thing. When I get out there, it feels like he’s still alive in a way, and the work he was doing is still alive.”

Wells was balancing this rigorous work in the fields with her day job at Fresno Superior Court. But she retired from that job in May 2021, and turned Rancho de Rodney into a private nonprofit operation.

These days, Wells, at 63, is an unstoppable, one-woman organic farming machine. Though she doesn’t use a tractor, she can work as hard as any mechanical Earth-mover.

Her desire to do good work, and sustain the legacy of her late husband, keeps her going, and helps her ignore the occasional aches and pains.

These days, the word is getting out about her contributions. The Los Angeles Times ran a detailed profile of Wells last year, and the Osher Lifelong Learning Institute at Fresno State University honored her and Rodney Wells with a “15 over 50” award, “celebrating and honoring those in their second half of life who exemplify positive aging and make our region a better place.” 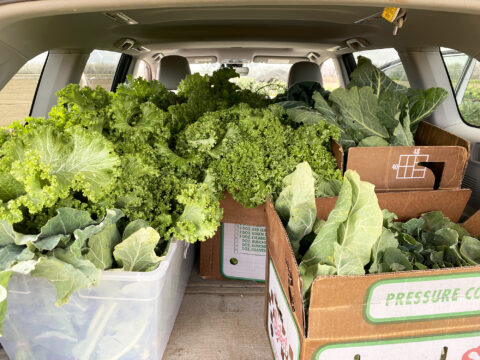 So far, Wells has donated to charities including the St. Benedict Catholic Worker, which operates a food pantry, and refugees from Afghanistan. Soon she hopes to expand her operation with assistance from some recruited volunteers, including friends and fellow alumni Naomi Jacoby Ryerson (Cowell ’83, art history) and Derrick Selb (Oajes ’04, psychology).

“When Naomi first told me she wanted to help me out, I said, ‘It’s very hot here,’’’ Wells said. “Then I remembered she trained on a kibbutz in Israel! She knew about working in the heat.”

The work may be tough, but it feels good, Wells said.

“I hurt my arms once, carrying a great big load of compost, but physically, this is good for me,’’ she said. “This kicks my butt in a good way. I used to work behind a desk. I think I’ll live longer from the work I’m doing.”