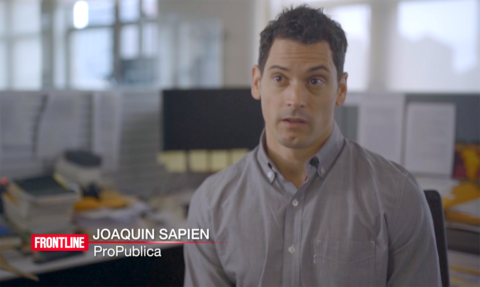 As Sapien later reported in stories that appeared in the New York Times and in a documentary produced for PBS’s Frontline, Clemente was one of more than two dozen severely mentally ill people who’d transitioned from an adult care home into what was supposed to be supported living, but the transition had failed and the patients slipped through bureaucratic cracks. Some landed on the streets or in psychiatric wards. One disappeared. Six died under suspicious circumstances.

As a result of Sapien’s 15-month investigation, a federal judge ordered a review of the program, which found an inadequate oversight system and failure by the state of New York to investigate problems.

“I look for abuses of power or systemic failures. That’s what every story I’ve done comes down to: people mistreated either by the government or corporations or some other institution that causes harm when we trust them to provide care,” said Sapien, 36, whose stories have ranged from dangerous conditions at a youth group home to prosecutorial misconduct. He focuses on accountability.

For him, journalism is as much a public service as a job.

“I find it very gratifying when a story I’ve done has a direct and positive impact on the life of someone else,” Sapien said.