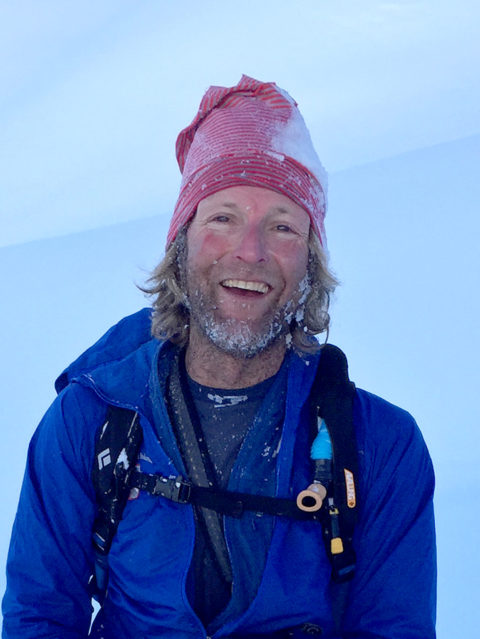 Mike Loso has become a rather famous scientist. But not for a reason he expected.

A geologist for the National Park Service and a former professor at Alaska Pacific University, Loso, 50, spends most of his time studying Alaskan glaciers, which, over the past 60 years, have lost the equivalent of Rhode Island in ice. But, in 2007, a National Park Service ranger stationed at North America’s highest peak, Denali, asked if Loso would help him answer a question that had plagued him for some time.

With some 1,200 climbers each spending about three weeks every year trying to summit the hulking, 20,308-foot peak along a pretty standard route, what happened to the decades of human feces that had been left behind: An estimated 66 tons in all?

With the help of his students and armed with his knowledge of glaciers, Loso went to work. After several years of study, he determined that Denali’s storm-ravaged Kahiltna Glacier was the perfect place to preserve the climbers’ droppings and that, over decades or, at most, a little over a century, the poop would emerge unspoiled—smell and bacteria intact—at the mouth of the melting glacier.

The result of his research not only led the park service to set new policy recommendations that climbers below 14,000 feet should pack out their waste in Clean Mountain Cans, but also inspired all but one of the guiding concessions on the peak to voluntarily lug out all their clients’ droppings.

A skier and climber himself, Loso admitted he felt a bit chagrined by the fact he’s now known as “the poop scientist of Denali.”

“No. 1, it’s poop and that’s not very glamorous,” said Loso, who works for three sprawling national parks in Alaska. “And No. 2, that’s not even what I study. The work I do is mostly about glaciers” and how they are being affected by climate change.

“But on the other hand,” he said, “as a scientist, it’s nice to see your work make a difference. This (his research) has led directly to changes in management that have affected a lot of people in a mostly positive way.”