Comics creator Sina Grace (Stevenson ‘08, literature) centers LGBTQIA characters as the industry evolves to include more diversity—and he looks forward to including even more heroes from all backgrounds.

Sina Grace has been hailed as a risk-taking, independent comics creator who is willing to push back against well-worn tropes and outdated stereotypes.

Snack, an independent arts and culture magazine based in Scotland, described Grace as “one of the most versatile and innovative names in comics today, with queer characters and stories often at the core of his work.”

It just goes to show that talented and ambitious writers and artists can have thriving and fulfilling careers without compromising their values. 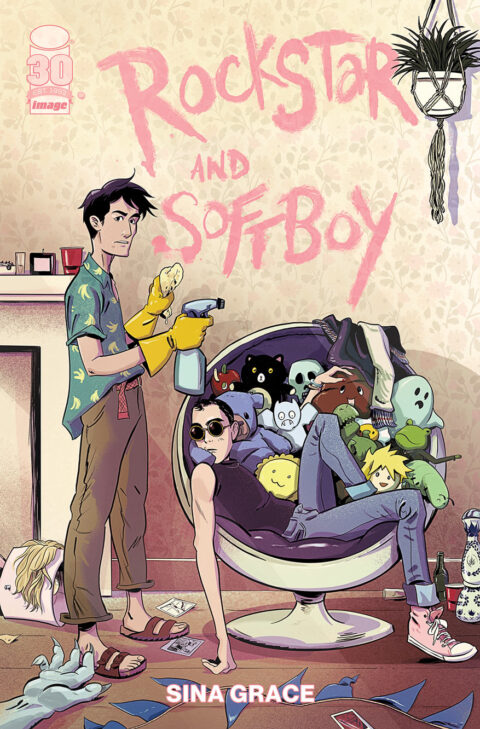 Grace wrote and illustrated the graphic novel/memoirs Self-Obsessed, Not My Bag, and Nothing Lasts Forever. He was the artist for Li’l Depressed Boy, a comic based on a web series with a cult following.

He also gained widespread attention for writing Iceman, Marvel’s first series to put an out gay male superhero at top billing. Later, in a reflective Tumblr post, he described the aftermath of that experience: “Being stuck at home in quarantine has given me a lot of time to reflect on the gift that my career to date has been, and I feel so grateful to be where I am today,” Grace wrote.

The beginnings of a thriving career

UC Santa Cruz helped Grace develop his strong sense of artistic freedom while giving him a steadfast commitment to progressive causes and social justice issues. Grace was drawn to UCSC in part because Santa Cruz seemed like a refreshing contrast to his hometown, which was changing before his eyes, and not in a good way.

“I grew up in Santa Monica right as rent control was ending and the mixed-purpose tower developments started sprouting up,” Grace said. “My friend Megan Healey [Stevenson ’08, literature with an emphasis on creative writing] was a year ahead of me, and when I did school tours, she and another older classmate really showed me the charm of Santa Cruz.”

He remembered two things distinctly from those times: “how beautiful the trees smelled when they were wet from fresh rain, and that most local businesses were either puns—Pizza My Heart, Toadal Fitness—or hilariously straightforward, like Bookshop Santa Cruz and Sockshop & Shoe Company.”

“My experience at UCSC really helped me learn how to apply a desire to be on the progressive side of history into my work,” he said. “We talked a lot about practical activism and the layers that go into creating positive representation in entertainment/media.”

Grace was lucky enough to take what he calls “exploratory creative writing classes” with acclaimed author Karen Tei Yamashita, professor of literature and creative writing at UCSC, who retired in 2019.

“Dang, I love her,” Grace enthused. “I’m so lucky she was my teacher.”

Yamashita’s class was eye-opening for Grace, who intended, at that time, to be an economics major.

“She was a fantastic professor, and we kept in touch,” Grace said. “I can’t fully remember the context, but I was feeling lost at some point along the way, and she gave me the best pep talk at the Stevenson Coffee House. Karen told me that she consciously accepted me to the creative writing program a year before students are typically let in because she wanted to give me as much of a runway as possible to see what I would do.” 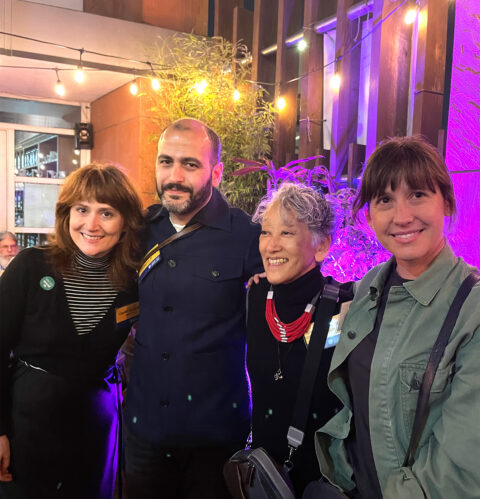 “She and Micah Perks [professor of literature and director of the Creative Writing Program] were such an amazing team—compassionate and engaged in similar but completely opposite ways,” Grace said. “They helped guide me toward creating things for me rather than some magical literary dream audience. They taught me to be a better reader for my peers.”

He also hailed the teaching of Jody Greene, associate vice provost for teaching and learning at UCSC, and founder of the Center for Innovations in Teaching and Learning (CITL), which strengthens the culture of teaching and fosters student success on campus.

“I loved how hard we students were pushed as critical thinkers,” Grace said. “None of those classes were easy, but I was so happy to do the work and earn any good grades I got on my essays.”

Grace made a strong impression on Greene: “I have a very clear memory of Sina’s remarkable capacity to capture and redeploy complex philosophical, cultural, and literary critical concepts in
both language and images,” Greene said.

“The questions he asked in class or office hours—and the graphic images he occasionally shared—were pointed, precise, and often edged with wit,” Greene continued. “His now renowned capacity to keenly observe and simultaneously offer wry commentary on the broken world in front of us was fully apparent, even then.”

Grace has done everything from contributing to the Power Rangers comic franchise to overseeing his own original work.

He’s glad to see that the world of comics and graphic novels has changed, with a greater emphasis on diversity, though he hopes the evolution continues.

“Things have progressed greatly in the last decade, especially thanks to the open-mindedness of the young adult market,” Grace said. “There’s still tons of work to do in mainstream comics in terms of filling the landscape with well-crafted heroes of all backgrounds, but we’re getting there. The new frontier is building more space to talk about mental health and neurodivergent heroes. I’m excited for what’s next.”