Above: Lopez and Professor of Astronomy and Astrophysics Enrico Ramirez-Ruiz with their research group at a collaborative meeting in Denmark in 2017. Lopez is in the front row, second from the right (gray shirt); Ramirez-Ruiz is in the back row, all the way to the right.

Laura Lopez has had an astronomical year. She won a prestigious early-career award, survived brain cancer, had a child, and got tenure at Ohio State University, all within a nonstop 12-month period.

“It’s been a very eventful year,” said Lopez, the very first graduate student advised by UC Santa Cruz Professor of Astronomy and Astrophysics Enrico Ramirez-Ruiz, back when he was a postdoctoral researcher at the Institute for Advanced Study in Princeton, New Jersey, before his time at UCSC.

This year, Lopez was awarded the American Astronomical Society’s High Energy Astrophysics Division (HEAD) Early Career Prize, given for a significant advance or accomplishment (observational or theoretical) in high-energy astrophysics by an individual astrophysicist within 10 years of receiving their Ph.D.

Lopez was honored for her “novel and sustained contributions to our understanding of supernova remnants and compact objects in the local universe” as well as her pioneering studies of emission nebulae, which are clouds of ionized gas.

She credits UCSC and Ramirez-Ruiz for launching her astronomy career.

“Enrico gave me confidence I didn’t have,” she said.

The roots of a long career

Lopez grew up in a Chicago suburb. She wanted to be an astronomer since she went on a stargazing trip in rural Wisconsin during fifth grade.

At MIT as an undergraduate, she started doing X-ray astronomy and high-energy astrophysics.

Though college honed her scientific abilities, it was not always a positive experience.

“There were people who questioned my abilities,” she said. “After a while, you can start to believe that it’s true.”

But her self-esteem issues faded when she started graduate school at UCSC in 2005.

“Enrico gave me a sense of belonging at a very crucial time in my life,” Lopez said. “His presence and support was very impactful to me.”

Ramirez-Ruiz describes her as “incredibly brilliant and creative. We started our journey working together on a new area of research for both of us, and it was powerful. A lot of my journey as a mentor goes back to her because working with Laura pushed me to be a better mentor. It was a pivotal point in my career. And scientifically, we did some incredibly impactful work together.” 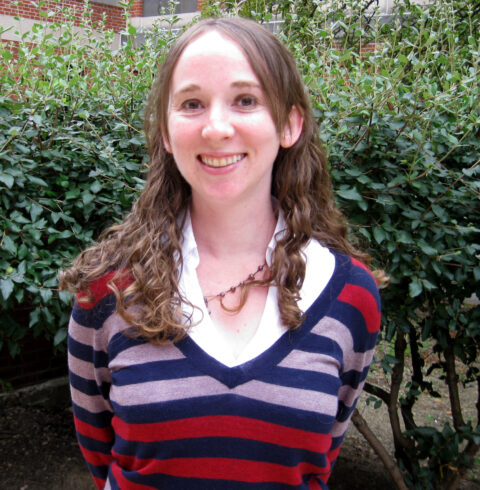 Lopez worked with NASA’s Chandra X-ray Observatory investigating the life and death of massive stars. She analyzed debris from exploded stars, showing that the symmetry—or lack of symmetry—of the remnants reveals the secrets of how stars explode. Such remnants can reveal this information even if the explosion took place hundreds of thousands of years ago.

Lopez and her colleagues set their sights on relatively young supernova remnants in the Milky Way galaxy and a neighboring galaxy, the Large Magellanic Cloud.

Her work surprised and inspired Ramirez-Ruiz.

“Laura found the youngest black hole in the Milky Way, so that is remarkable,” he said. “We were fascinated by the level of resolution and detail in the Chandra images of supernovae. Her Ph.D. thesis was analyzing these images mathematically, using very novel methods.”

“Laura cares really deeply about making science more accessible and inclusive, understanding that we’re not catalyzing all the talent that we have,” Ramirez-Ruiz said. “That has been the focus of my career, really catalyzing all that power. Our values are very much aligned.”

The challenge of a lifetime

Lopez started work at Ohio State University in 2015. A year later, she was awarded the Annie Jump Cannon Award of the American Astronomical Society.

She was thriving on campus, and was looking forward to giving birth to her first child. But Lopez received a shocking health scare in April 2021 when doctors found a brain tumor when she was six months pregnant. Surgeons performed a craniotomy.

“They opened my skull right here and took out the tumor,” Lopez said, pointing to a space on her forehead near her left eye. The doctors removed the tumor and inserted a plate. The prognosis is good, and the medical procedures did not harm her daughter, who was born on July 4.

Lopez has had a well-deserved run of good news since the procedure. She got tenure in May of 2021. The follow-up scans in October showed that she was cancer-free.

“I have some nerve damage in my face but other than that, I am back to normal so it is pretty amazing,” she said.

To top it all off, Lopez found out about her early-career award from the High Energy Astrophysics Division in January.

“I’ve been going to meetings of HEAD since I was a first-year grad student,” Lopez said. “I’ve been involved with the organization for a long time, and I’ve been part of their executive committee. It meant a lot to me to get the award because I work with a lot of those people. It’s nice to be recognized.”