Above: The dark web | Photo by Tero Vesalainen

They are using their talents to help Media Matters keep a close watch on far-right media outlets, aggressively monitoring and countering their misinformation. 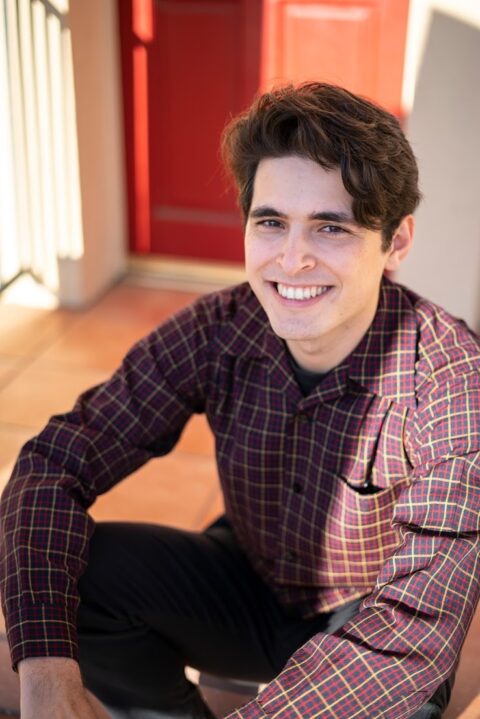 Leo Fernandez (Stevenson ’20, literature), one of the recent UCSC graduates at Media Matters, works as an open-source intelligence analyst and researcher. His job is “open source” in the sense that he tracks information that anyone can find browsing through the seedier side streets of the internet.

“I view my work at Media Matters, and the work of countering misinformation in general, as part of a larger project to uncover, identify, and dispel the hatred and ignorance that has been embedded in our culture for centuries—and how those historical elements are being used by the far right today,” Fernandez said from his workspace in California.

“Working in the thick of misinformation, and within a fast-paced news cycle, you pick up a lot of new skills,” he continued. “Some of the things I’ve learned so far are how to write better, clearer, and faster, and how to communicate and organize things more effectively while working remotely during COVID. I have also learned about the origins of conspiracy theories and racist myths and how they are mobilized by today’s far-right movement in the research we do.”

Fighting disinformation is a matter of urgency, said Saskia Nauenberg Dunkell, research adviser for the Human Rights Investigations Lab at UCSC, which harnesses digital technologies to address and confront human rights violations. Fernandez received intensive training at the lab while he was a student. 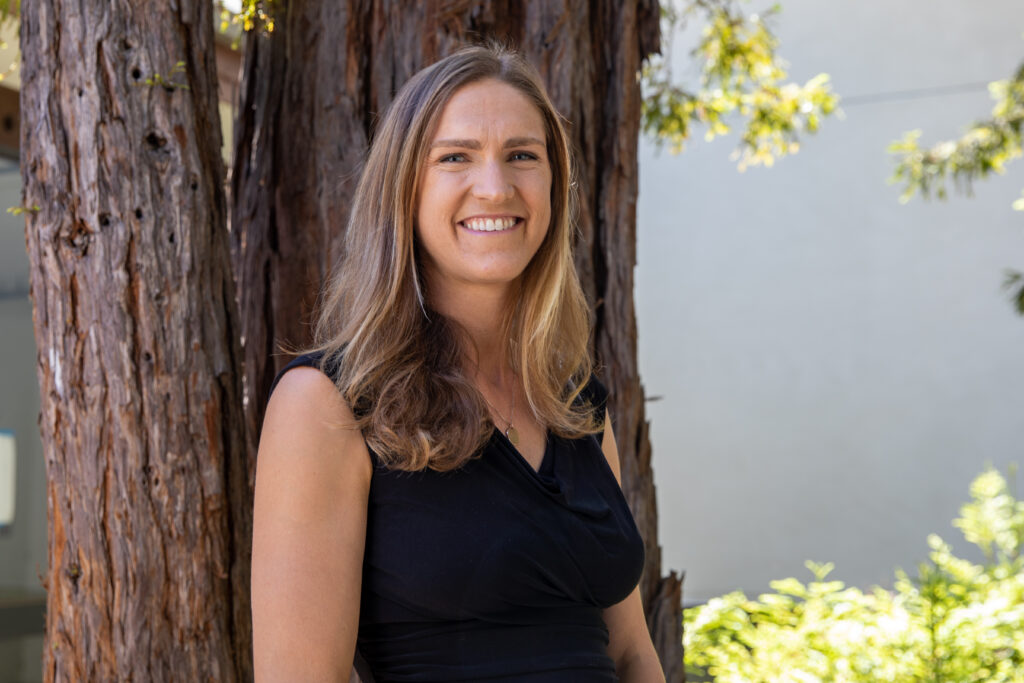 “The destabilizing effects of disinformation are frightening,” Dunkell said. “Conspiracy theories and false content can be used to manipulate groups, exacerbate social divisions, and breed cynicism and uncertainty about what to believe.

“As we’ve seen in the last year, repeated false claims have serious consequences, from Americans refusing to get vaccinated to the violent storming of the Capitol on January 6th,” Dunkell explained.

According to a Reuters report, Spanish-language disinformation flourished online, slipping through the cracks even when social media companies took some steps to stem the flow of lies.

Among other things, Spanish-language disinformation questioned the reliability of voting by mail and called President Joe Biden a communist, often drawing on the fears of Americans who immigrated from countries run by oppressive regimes.

Often, social media platforms are much slower to counter inaccurate information when it is written in a language other than English, according to the Reuters report.

“With more than 40 million people speaking Spanish in their homes in the United States, there is a crucial need to identify and counter Spanish-language disinformation,” Dunkell said. “Disinformation is not contained within national borders, and social media and the internet have allowed falsehoods to circulate much faster and further.”

Media Matters is taking these threats seriously and allocating resources to tackle the issue of Spanish-language misinformation in a way that uses novel and effective methodologies, said Fernandez.

“We contribute to a community of organizations working together to respond to the unprecedented deluge of misinformation that is defining our cultural and political experience,” Fernandez said.

Stefanie Le, deputy research director at Media Matters for America, said that Fernandez and other UCSC Human Rights Investigations Lab trainees are doing their part to lessen the impact of those falsehoods.

Before working for Media Matters, Le worked as lead investigator for UC Berkeley School of Law’s Human Rights Center while a graduate student at the university.

“They are invaluable members of the OSINT [open-source intelligence] team here at Media Matters,” said Le, referring to the UCSC alumni at Media Matters. “Not only have they become subject-matter experts on misinformation pertaining to COVID, extremism, and election integrity, among other topics; but they have also been key drivers in MMFA’s Spanish-language misinformation monitoring and increased the organization’s knowledge of the Spanish-language misinformation ecosphere that largely affects the Latinx community and targets Hispanic voters in this country.”

Leo Fernandez received his training at UCSC’s Human Rights Investigations Lab from Sylvanna Falcón, an associate professor of Latin American and Latino studies (LALS). Falcón is director of the lab, which is affiliated with UCSC’s Research Center for the Americas, which Falcón also directs.

Sylvanna Falcón, associate professor of Latin American and Latino studies and director of the Human Rights Investigations Lab as well as UCSC’s Research Center for the Americas, is thrilled about the work former students are doing for Media Matters and Voto Latino. | Photo by Carolyn Lagattuta

Working closely with Falcón, students learn how to comb the internet for evidence of human rights abuses, collect and organize data systematically to form arguments, make a particular point with supporting evidence, and think like researchers.

And Falcón is proud of the fact that bilingual graduates get to use their Spanish-language skills in a way that has impact.

“There is an anti–Spanish language, anti-multilingual undercurrent in the United States,” Falcón said. “But Media Matters recognizes that bilingual OSINT researchers are an asset and that there is a very critical need to track and explore non-English online forums for disinformation.”

Falcón mentioned that the alumni are inspiring current students in the Human Rights Investigations Lab. She is thrilled about the work former students are doing for Media Matters and Voto Latino. Having students find meaningful work, especially in the midst of a global pandemic, “is a dream come true.”

Fernandez said the Human Rights Investigations Lab was “way ahead of the curve” in terms of preparing him for his work. While the methodologies of open-source intelligence immersed him in the technical skills he uses every day on the job, the lab also supported Fernandez with its sense of community, attention, and care.

“It was very organic and filled with people who cared deeply and wanted to make an impact, which fostered a fluid and collaborative space,” Fernandez said. “That collaboration and care is something that I find in our team at Media Matters and seems to be a signature of those who have been a part of the Human Rights Investigations Labs at both UC Santa Cruz and UC Berkeley.”

The work is intensive—and a feeling of mutual aid and community helps staff members press on with their investigations. Fernandez identifies threads of misinformation—maybe an emerging theme or a narrative—and writes research briefs that Media Matters draws from when preparing content about misinformation. The organization also shares this research with national and regional organizations, as well as stakeholders.

But self-care is just as important as the desire to care for others by tracking abuses and falsehoods online. Being constantly exposed to harmful misinformation—and the much darker elements of the most sordid corners of the internet—can take a toll on researchers’ health.

“One of the tenets of the Human Rights Investigations lab is resiliency,” Falcón said. “How do you check in on your own well-being? There is a pretty strong presence of misogyny, racism, and fascism online. I want students to be able to pivot, to be able to stop themselves and say, ‘I need to step away from this. This is affecting my ability to sleep.’ That kind of concern is not something you are going to find in every workplace.”

Clearly, Leo Fernandez has retained this lesson from his mentor at UCSC.

“I’m always learning how to better separate work and life—especially in regard to shaking off the disturbing content the internet contains,” Fernandez observed. “I think patience and perspective are the keys to preventing getting overwhelmed from looking at disinformation all day.”