Above: Photo by Halbergman, Getty Images 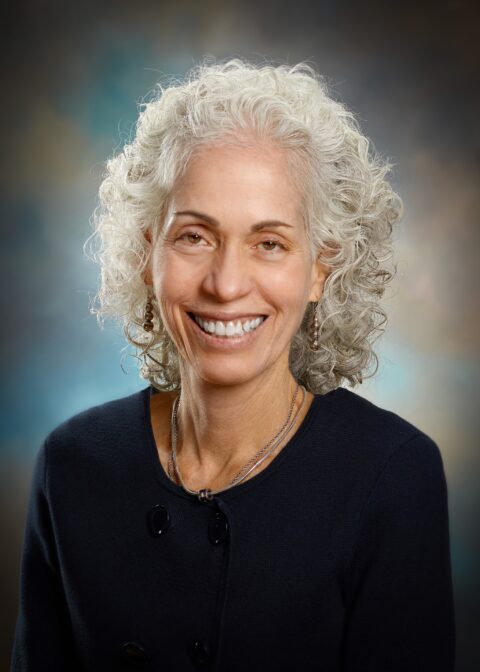 You could say Barbara Ferrer’s path to her job as Los Angeles County’s top public health official began with what she believed was a betrayal.

It was right after college and Ferrer was earning $70 a week working as a community organizer with coalitions around homelessness and welfare rights in Massachusetts, when a researcher befriended a group she was working with that was advocating for increased economic security for families with children.

After spending time hearing the many stories of women trying desperately to make ends meet, the researcher wrote a series of articles saying the women and their underlying mental illness, instead of social structures, were the reason for their economic devastation, Ferrer said.

“That sparked my idea to get back to school and get an advanced degree,” Ferrer said. “No one was listening to us; lived experience didn’t matter when there was a so-called expert in the room. I thought that perhaps with a degree, we could get people to listen to what was really going on.”

Plenty of people are listening now.

As director of Los Angeles County’s Public Health Department, Ferrer is at the forefront of the fight against the COVID-19 pandemic, which has slammed the county of 10 million people.

She is a regular sight at press briefings where she discusses the pandemic’s latest developments. She oversees a staff of 5,000 people and a budget of $1.3 billion, and has been an integral part of the decision-making process regarding business closures and school openings.

On the phone from her office in the middle of a long and busy day, Ferrer talked about how the pandemic caught so many people off guard, how her role as a longtime activist affects the way she approaches the COVID-19 crisis, and how we need to dismantle racism and systems that create privilege for some people and oppression for others.

She is nothing if not a straight-talker.

Born in Puerto Rico, Ferrer said she came alone to the United States at the age of 17 to go to college in Ohio. She dropped out after a year, worked on reproductive rights in Washington, D.C., for a while, and then came to UC Santa Cruz, drawn by its community studies program—especially Professor Emeritus of Latin American and Latino Studies John Borrego. She was soon involved in movements for South African and farmworker rights.

After earning a doctorate in social policy from Brandeis University, Ferrer worked briefly in education but most of her career has been focused on work around health care, reproductive rights, economic security, and homelessness. She got the job as director of the Los Angeles County Department of Public Health in 2017.

When COVID-19 was first reported in Wuhan, China, in 2019, Ferrer and her team began to prepare.

“As I look back now, we were pretty naïve about what the impact would be,” Ferrer said. “Many of us looked at China and thought, ‘Oh, they didn’t put some things in place early enough.’ No one understood how easy it was to transmit the virus.”

But as new research emerged, Los Angeles County shifted its policies to match. There were shutdowns, mask orders, investigations into business and nursing home practices, and sweeping public education efforts.

Most importantly, according to Ferrer, she already had partnerships in place with government, business, health agencies, and the community that allowed consensus building to happen and tough decisions to be made—a strategy that has its roots in her years of activism and community organizing.

“You need to listen really well and that doesn’t just happen by itself,” Ferrer said. “You have to create structures that allow for that to happen. We all have to be listening, with the emphasis on listening well.”

She is proud, she said, of those in her department, people she described as caring passionately about their work. She is also proud of being able to work with strong community leaders and organizations and of being transparent during the pandemic crisis. The department’s website, for instance, contains COVID-19 data about infection, hospitalization, and demographic rates along with almost daily updates on news about the virus.

But there is still a lot of work to be done.

The pandemic, she said, has rested most heavily on the backs of Black and Latinx essential workers and communities with fewer resources, a situation born out of a systemic inequality.

“We have to dismantle racism and systems that create privilege for some folks and oppression for others based on a hierarchy of values that rest on the color of someone’s skin,” she said. “Dismantling the system will take everyone’s collective effort and a real focus. We will have to look at everything through a racial justice lens. We can’t decide to use that lens only when it’s convenient.”

Those in public institutions like hers, she said, will need to pay attention to how they organize, how they hire, with whom they contract, and where and how they spend money in order to start those changes.

It won’t be easy and it may take a long time, but Ferrer believes it’s essential.

“Public health is an opportunity to work on justice issues,” she said. “The heart of public health is making sure everyone has access to the resources they need for optimal health and well-being. It’s really about changing systems.”