Shapiro is a leader in the field of ancient DNA, using genetic material from the remains of plants and animals that lived long ago to study evolution and explore how species and ecosystems have changed over time. This research can provide valuable insights into how species and ecosystems responded to rapid global warming at the end of the last ice age. Her findings can inform our decisions about how to use limited resources to preserve and protect species and ecosystems in the face of current climate change. UC Santa Cruz alumna Gia Voeltz (Crown ’94, biochemistry and molecular biology) was also selected as an HHMI investigator; see a profile of her on page 27.

Engineering in the real world 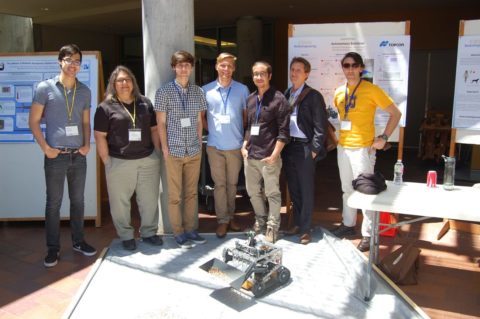 The Topcon team at Partners’ Day, which is the culmination of the Baskin School of Engineering’s Corporate Sponsored Senior Project Program. Photo by Karyn Skemp.

The Baskin School of Engineering’s Corporate Sponsored Senior Project Program provides students with a unique opportunity to experience working on real-world engineering projects as part of their undergraduate education.

Participants in the 2017–18 program presented projects including a system to detect foreign objects in a produce processing line and technology to support automation in construction vehicles.

During the academic year, students in the program interact with teammates, sponsors, and faculty. Some make visits to their corporate sponsor’s worksite, and all are required to solve problems along the way. By working with mentors at corporate partner companies, students learn important skills, take on interesting challenges, and begin to understand what it means to be a professional engineer. Corporate sponsors of student projects in 2017–18 included Atollogy, Topcon, Amazon Lab126, Kateeva, Mira Bella Energy, Nanometrics Incorporated, Nevro Corporation, Oracle Labs, and Seagate Technology PLC. 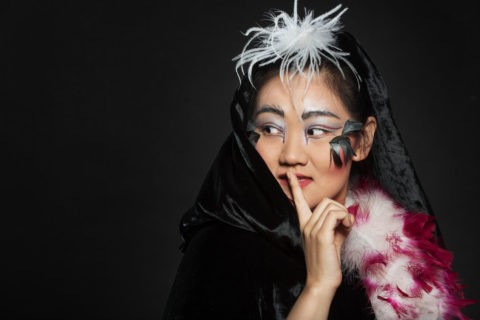 UC Santa Cruz joined forces with the Academy of Art University in San Francisco to create costumes for The Magic Flute. Photo by Steve Bartolomeo

The UC Santa Cruz Music Department presented a fully staged production of Mozart’s comic fantasy Die Zauberflöte (The Magic Flute) in May and June at the Music Center Recital Hall.

Mozart’s last opera, The Magic Flute premiered at the Theater auf der Wieden near Vienna in 1791, just two months before his death. One of the most beloved works in the operatic canon, the UC Santa Cruz production was sung in German with dialogues and supertitles in English.

“It has been a thrill to watch how our singers respond to this glorious score in which we are constantly finding messages small and large from the composer about characterization, stage direction, and how to express some of humanity’s most base and elevated emotions,” said Willey.

How much do you value your memories? Enough to forgo that next amazing Instagram pic? Research by UC Santa Cruz doctoral student Julia Soares (M.S. ’16, psychology) has found evidence that the act of taking a photograph impairs people’s memories of the event.

In a set of experiments, she invited people to her lab for a virtual museum tour where they looked at paintings on computer screens, knowing they would be tested on what they saw.

The picture-takers consistently scored worse—by as much as 20 percent—on multiple-choice tests about what they had seen.

Soares thought that the result could be chalked up to the phenomenon known as “cognitive off-loading”: that is, not remembering as well because you know the camera is there to remember for you. 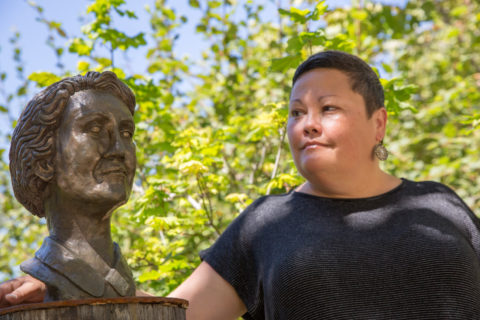 It’s anything but silent in the trees and shrubs near a new bronze bust of Rachel Carson on campus. In fact, the birds and bugs make a lot of noise around the sculpture, which sits atop a redwood log.

Carson, a pioneering environmentalist and the inspiration for Rachel Carson College (formerly College Eight), would have been pleased to hear this racket. After all, her most famous book, Silent Spring, documents the devastating environmental impacts of pesticides.

The bust, unveiled during Alumni Weekend this past spring, fulfills a longstanding dream of its creator, Rachel Maryam Smith (Porter ’18, art and history of art and visual culture). Smith wanted to leave a literal mark on campus, following in the footsteps of artists such as Kenny Farrell (Porter ’74, art), whose untitled and endlessly photographed work is popularly known as the “Porter Squiggle.”

For Smith, the piece became a physical representation of “the trials of women,” she said.

A 2018 Cambridge University Press online article is pushing back hard on the notion that people with autism are not interested in socializing.

The article, “Being vs. Appearing Socially Uninterested: Challenging Assumptions about Social Motivation in Autism,” questions the widespread assumption that the primary reason for autistic people’s unusual behaviors is that they are not socially motivated. Rather, the authors suggest, their social signals are misunderstood—an insight the authors believe could open the door to more effective interventions.

Focusing on what autistic people have to say about their own experiences, the authors explore four behaviors that are common among people with autism and offer alternative explanations for each behavior.

The Division of Physical and Biological Sciences is offering three new programs beginning this fall: 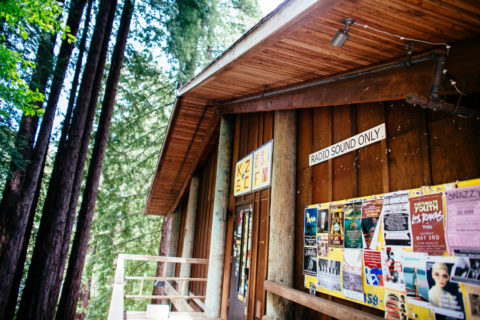 KZSC and the Cantú Center welcome room to grow. Photo by Elena Zhukova

The cozy, quaint homes of the Lionel Cantú Queer Resource Center and KZSC 88.1 FM are slated for transformations in coming years.

Generations of LGBTQ+ student groups and budding broadcasters have sought life-changing experiences in the two wooden buildings perched on stilts behind Merrill College. Prompted by needs for seismic renovations, the student-run radio station and the Cantú Center see an opportunity to grow.

KZSC envisions adding workstations for modern production methods and more space for its Introduction to Broadcast Media course and new courses in journalism and nonprofit management.

A student fee would fund a portion of the work. The Cantú Queer Center and KZSC have begun a campaign to seek the rest of the resources from charitable contributions and create a space that continues to cultivate transformative student and alumni experiences. For information, visit giving.ucsc.edu/cantu-kzsc. 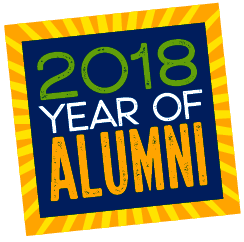 They cooled down with frozen chocolate-covered bananas after the Campus 5K Fun Run, posed for pictures with Sammy the Slug, and took to the airwaves at KZSC FM, which celebrated 50 years of music and inspiration.

In other words, returning alumni were never at a loss for things to do, people to meet, beer glasses to drain, and topics to explore.

Listen to our audio story of the weekend and see pictures at alumniweekend. ucsc.edu. And mark your calendar for next year’s Alumni Weekend—April 26–28, 2019.

Emeriti: Look for your survey

The Council of UC Emeriti Associations is sending out a survey to emeriti faculty in October, and the council encourages all UC emeriti to take part in the project.

The survey will provide an overall inventory of the work emeriti continue to do that contributes to the mission of the university, as well as how they have contributed to their communities.

This will be the ninth time the survey has been conducted; the last time the survey was done, in 2015, more than 1,600 people participated. Survey findings have been very helpful in advocating for the interests and the continuing support of UC emeriti.

Look for the survey in your email inbox and in your postal mailbox.