Anushka Ratnayake (College Nine ’04, literature) didn’t know what the future held for her career postgraduation. But after learning more about agricultural microfinancing and launching a nonprofit in West Africa, she has taken the skills from her Santa Cruz education to farms across Africa.

After graduating from UC Santa Cruz, Anushka Ratnayake began working at the crowdfunding microlender Kiva—around the same time that Bangladeshi social entrepreneur Muhammad Yunus won the Nobel Peace Prize in 2006 for his work in creating economic and social development from the ground up.

Ratnayake was inspired by Yunus’s work and wanted to see how she could create change in a similar way: by making an economic improvement in people’s lives through providing the right financial tools.

That drive led Ratnayake to Kenya to work for the agricultural microfinance organization One Acre Fund; after four years with the nonprofit, she launched her own organization, myAgro.

Since its launch in 2011, the West Africa–based organization has worked to support small-scale farmers to prepay little by little for fertilizer and seeds. This is especially appealing to women, as saving up money for seeds and fertilizer reduces the need for them to take on debt. Sixty percent of myAgro farmers are women in a region where only 20% of women have a bank account. myAgro’s goal is to reach 1 million smallholder farmers by 2026 and help them to increase their income by $1.50 per day.

“When I moved to Kenya to work for [One Acre Fund], I was hooked,” Ratnayake said. “I love working with farmers and seeing the impact of a great harvest on a family’s life.”​

Ratnayake explains that small-scale farmers are the largest group of people living on less than $2 per day in the world, with 1.8 billion people dependent on agriculture for their livelihoods through small-scale farming.

Although she was unclear on what she wanted to do careerwise post–UCSC, Ratnayake knew she wanted her work to have meaning, stemming back to her time at UCSC. Learning more about the agricultural landscape while on campus helped lead her to her current path.

“I felt like I entered a whole new world at UCSC,” she said, recalling Professor Emerita of History of Consciousness and Feminist Studies Angela Davis’s undergraduate class, as well as study abroad programs in France and Spain. Those experiences helped her to learn more about other cultures, people, and experiences, which led her to Mali and Senegal, where she’s currently based. 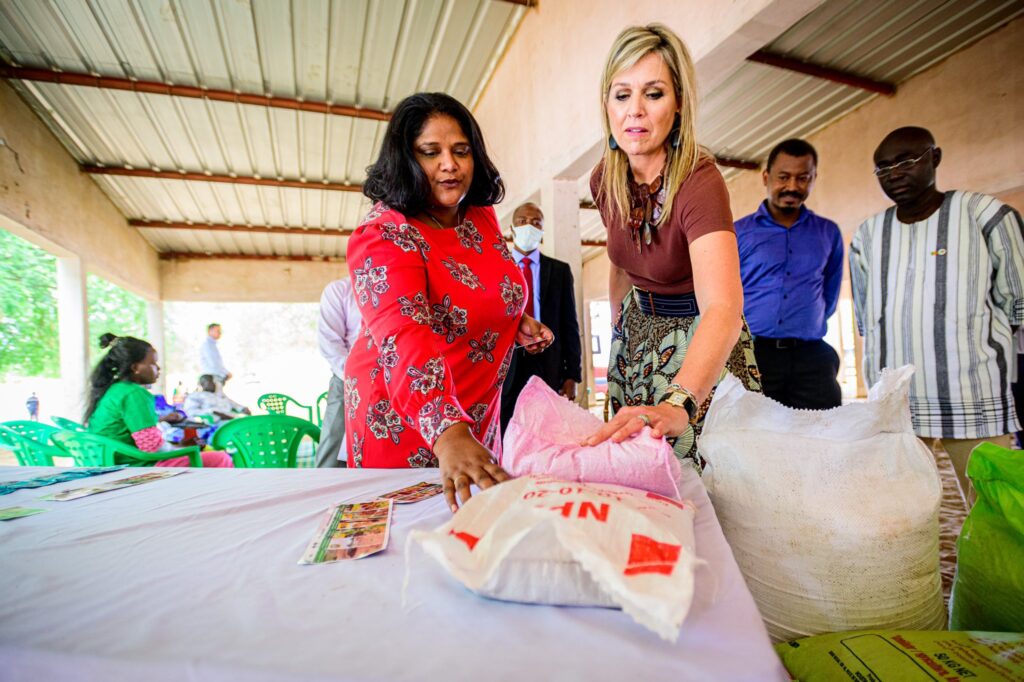 myAgro, she says, works to connect farmers to products—seeds, fertilizer, technical training, and tools—to help them increase their harvests and their incomes while ensuring soil fertility protection and biodiversity. The organization works with more than 100,000 farmers across thousands of villages, with most earning more income annually and becoming food-secure in partnership with myAgro’s work.

In Ratnayake’s TED Talk from April 2022, she shared that the average myAgro farmer grew two times more food than non–myAgro farmers in the same area; that translated to $200 in additional net income, or a 35% increase.

Coming from Santa Cruz to West Africa, Ratnayake saw the importance of agriculture in each community, which was just another connection between the two places.

Ultimately, working and living in both locations has led Ratnayake to understand more about how we’re all tied together by common themes.

“Farmers in Africa are incredibly hardworking and resilient, just the same way I would describe farmers in the U.S.,” she said. “It’s important to listen to farmers and support them—whether it’s in the form of financial support, research, or connections to services.”

Explore opportunities with myAgro as it seeks to reach 1 million farmers.

Grace Stetson is a freelance writer based in Santa Cruz.