Not too long ago, the only computer in an average person’s life was the desktop kind. Not anymore. Computers are now in our phones, our watches, our cars, even our refrigerators.

The reality is we are dealing with computers almost everywhere we turn. The study of the interfaces between people and computers is more important than ever. 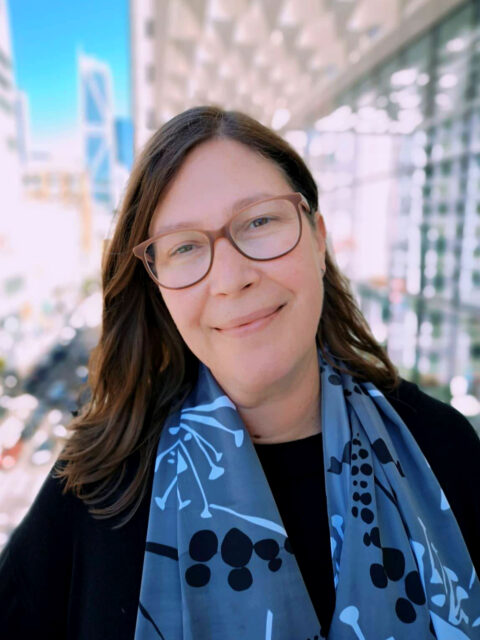 “Everyday people should really be paying attention to this,” said Katherine Isbister, a professor of computational media at UC Santa Cruz. “It really matters.”

One of the key ways UC Santa Cruz is addressing the issue is with its new professional master’s program in human-computer interaction (HCI) at its Silicon Valley Campus in Santa Clara. The program was spearheaded by faculty in computational media, including Professors Isbister, Sri Kurniawan, and Steve Whittaker.

Those interested in the field need to take into account much more than computer science. To understand the human side, they must consider psychology, the humanities, and social sciences. Students learn and apply design methodologies, review user research, and consider how to include diverse stakeholders. The goal is for students to draw on UC Santa Cruz’s strong tradition in social justice to consider unconscious bias, the effects on underrepresented users, and the potential harms that may occur in the design process.

The 15-month program is designed to prepare graduates to enter the User Experience (UX) profession in such jobs as product design or UX research. They have access to a group of 25 working UX professionals, who serve as mentors and can give portfolio reviews.

Underlying the questions is the public’s changing attitude toward technology. In the initial tech boom decades ago, people were optimistic about the benefits of technology and how it would help them work faster. 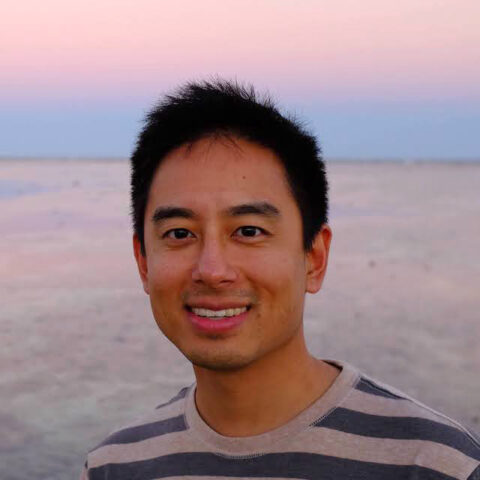 “In the past, people thought about tech in terms of productivity and efficiency,” Su said. “Now we’ve moved beyond that to how can tech help us work together and reflect on ourselves. It’s not about working faster or harder now. You may make a technology that helps you slow down.”

People are more aware now of the harm technology can cause, even if unintentional.

“It used to be the mantra was ‘move fast and break things,’” Su said. Now designers are slowing down and questioning whether they want to build something in the first place and how it will affect a diverse range of users, not just the users who happen to be around them.

“If you aren’t asking critical questions on technology as you design things, you will miss identifying those harms,” Su said. He added, “You should try to understand the users. Then you can design things in a more thoughtful way.”

There is also more awareness that technology may not be the solution to all problems.

“There are better ways to approach problems without thinking tech will solve everything,” Su said.

One of the goals of the HCI program is that graduates will become socially conscious designers. Students are invited to hear speakers, such as whistleblowers and union organizers, discuss ethics and activism in the workplace.

“We’re not saying everyone should be an activist and protesting in their company,” Su said. “But we want people to think outside the box.” 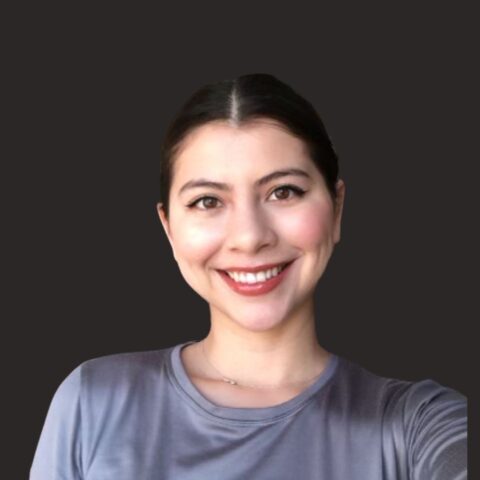 Marina Castellanos (’24), a student in the HCI program who hopes to use her writing skills in UX writing | Photo courtesy Maria Castellanos

Marina Castellanos (’24), a student in the HCI program, said she recently learned about gamification “dark patterns.” The term refers to something that is deliberately added to a game to cause an unwanted negative experience for the player that is, conversely, a positive outcome for the game companies. This could be having a player collect badges to meet an arbitrary goal or enticing players with daily rewards to keep them playing longer.

“Now that I am aware of it as a technique, I can see it being harmful,” she said.

Castellanos said she first became interested in tech through her own interest in video games. She started reflecting on the characters she was playing and how they made her feel, and wanted to learn more.

She learned about the field of human-computer interaction through watching YouTube videos and TED Talks. One that featured Isbister led her to investigate UC Santa Cruz. An English major in her undergraduate career, Castellanos hopes to use her writing skills in UX writing.

“I think this program does a really good job of letting you explore your interests,” she said. “Each of us has a different goal while we’re in this program.” 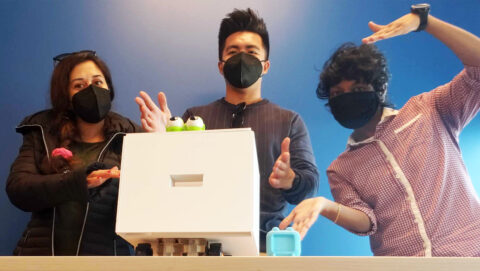 Victor Li (’22), another student in UC Santa Cruz’s HCI M.S. program, said he was drawn to the graduate degree because he wants to be more specialized in the highly competitive tech industry. He started off with an interest in robotics but recently switched his focus to virtuality reality (VR). Li, who earned a bachelor’s degree in psychology, is now working on a virtual reality project in Isbister’s lab.

He has been experimenting with virtual reality meetings as a possible way to build more connection with colleagues who are working remotely. While Zoom has its benefits, it lacks emotional interactions, Li said. There’s usually no time to chitchat and ask about each other’s families as you would in an in-person meeting. People who were forced to work on Zoom during the COVID-19 pandemic lost a lot of social interaction, Li said. Many people experienced mental health issues due to the isolation.

Li said that while virtual reality headset technology is still too early in its development now, in the end he sees a future where using a VR headset for a meeting would be an improvement and would be as easy as talking on FaceTime or any other video call.

In any case, all of these issues make this a good time to explore human-computer interaction as a field, Li said.

“People’s interaction with these products or tech are having more effect than we expected,” he said. “People are evolving and technologies are evolving. But technology is easier to understand than people.”

Tech and the community

Isbister believes a key to a brighter future with tech is to shift the focus from tech and the individual to tech and the community.

In a manifesto she wrote for designers, she argued for the creation of technologies that would enhance experiences of people who are present together. 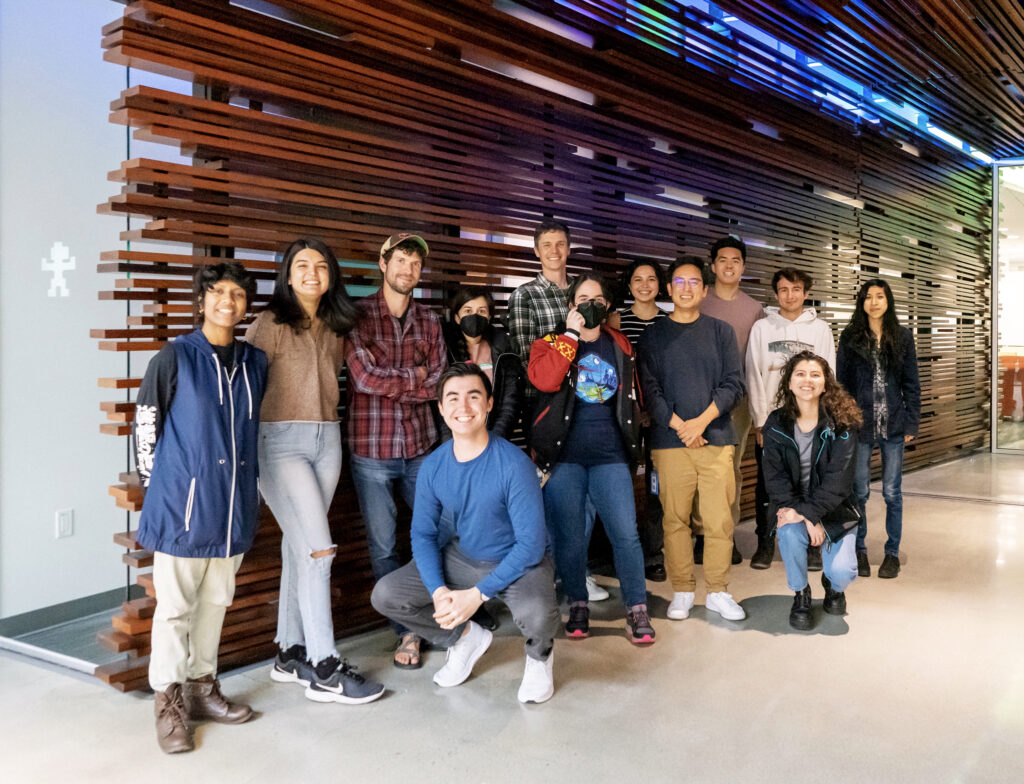 “I worry that the face of what we do has taken the shape of a somnolent, isolating, and disempowering model,” she said. This model “aims to capture and manage individual attention by developing personalized services that adapt to pull each of us more deeply into daily hourly solo consumption.”

Superheroes, spaceships, and social wearables
An immersive, social STEM camp for middle school girls sparks interest and builds confidence in the fields of technology and computation.

As an alternative model, she and her students, including Li, imagined a virtual reality environment that would encourage turn-taking in conversations. The environment had a visual representation that showed how long and how much someone had talked at a meeting.

“We need to think about the space between people and consciously design for that,” she said.

Isbister’s lab did another project exploring how a wearable device could support social interaction in a live-action role-playing game. Participants in “True Colors” had various flashing lights that they could use to interact with each other. Players could pretend to stun people, change their colors, or blend in with a different group. From time to time, devices on one person would seem to overload and would start flashing red, requiring other players to touch a pad to recharge that person.

“What we found was that it was a compelling thing for people,” Isbister said. “They enjoyed the technology being a catalyst in getting them to connect and care for one another.”

Isbister also thinks designers should question the idea that everybody needs their own devices. In the past, humans often shared technology—like an apple press or a big piece of equipment. But now we use a large volume of material resources making so many gadgets. 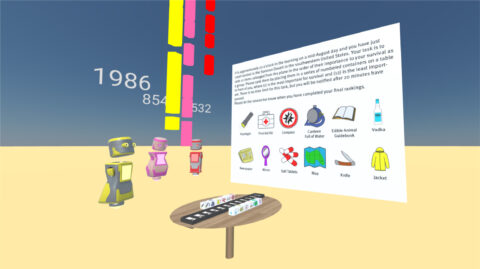 Then there’s the issue of managing technology use with children. At first, Isbister tried to keep smart phones away from her now 15-year-old daughter. But Isbister has also seen how useful it is for her daughter to learn new skills from powerful platforms like YouTube.

The key is to talk to other parents and friends about what they’re doing and work out a balance that fits. For herself, Isbister said she is delighted by machines but also wants to make sure they don’t crush her humanity.

“We shouldn’t be working at the device’s pace,” Isbister said. “We should be thinking about how the device enhances our life as a person.”