Constanza Romero is many things: a visual artist, a Tony-nominated costume designer, a mother, and a movie producer. Yet it’s her role as widow and executor of the estate of Pulitzer Prize–winning playwright August Wilson, whose work chronicled Black life in the 20 th century, that is the focus of her considerable energy right now.

Not only did Romero produce the award-winning 2016 film Fences and Netflix’s 2020 Oscar-nominated Ma Rainey’s Black Bottom, both from Wilson’s plays of the same name, but she also is serving as artistic director of a museum-quality exhibit of Wilson’s life and legacy at the August Wilson African American Cultural Center in Pittsburgh, is guiding the transformation of Wilson’s childhood home in the Hill District of Pittsburgh into an artists’ community center, and has to vet the myriad theater companies around the world that want to stage Wilson’s work. Actor Denzel Washington, meanwhile, has pledged to executive produce all 10 plays in Wilson’s the American Century Cycle, a collection including Ma Rainey’s Black Bottom and Fences that chronicles a collective century of the Black American experience, with each of the 10 works set in a different decade spanning the 20th century.

“There’s not a moment in time during the 15 years since August Wilson passed that I don’t think about what an honor this is and how important his literary legacy is,” said Romero by phone from Seattle where she lives, “and therefore I really have to protect it [his legacy]. I don’t want anyone to enter his plays if they don’t have respect for the work.” And, right now, she believes, the country needs August Wilson’s words more than ever. Romero met Wilson in 1987 when she was a 29-year-old design student at the Yale School of Drama and was tapped to do costume design for Wilson’s play, The Piano Lesson, which was to be premiered in the school’s repertory theater. 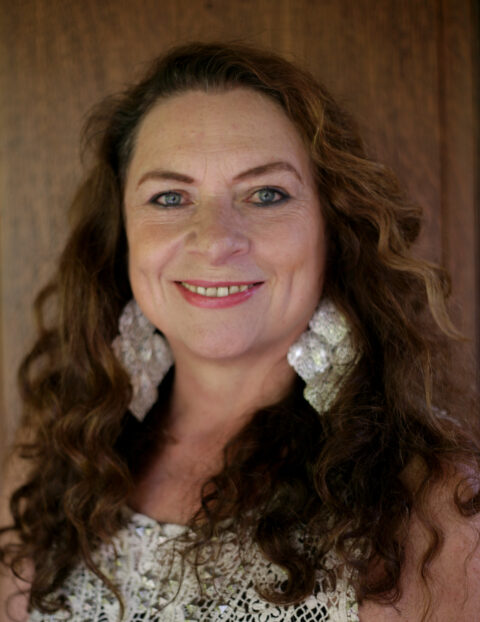 She’d already discovered her passion for theater at UC Santa Cruz, however. It was here, she said, that she learned set and costume design under the tutelage of Theater Arts Professor Norvid Roos and Theater Arts Associate Professor Elaine Yokoyama Roos. “What I found at UC Santa Cruz was a place where I could be myself and expand my wings and learn things from scratch,” she said.

In 1994, she and Wilson—13 years her senior—married. Their lives, however, were not about young student and older teacher. It was about collaboration, Romero said.

Romero remembered Wilson wandering through their three-story, 5,000-square foot Seattle house looking for her as he wrote. He would plunk down next to her drawing table eating a sandwich and tell her about the characters he was creating while she sketched.
“He’d say, ‘Hmm. I’m going to go down and write the character to look more like the sketch you did,’” she recalled. Or she would show him photos she’d unearthed for her costume research and he would find a spark for a scene opening or character detail. They would review set design plans together.

“Me being a visual artist and he an artist of words, a literary artist, it was the perfect combination,” Romero said.

Wilson died of liver cancer in 2005, at age 60. Romero said his work is even more necessary today. 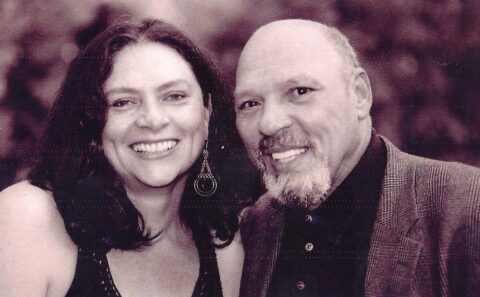 Constanza Romero and August Wilson in Ashland, Ore., circa 2003.

“Through August Wilson’s plays, which presented African American stories, he was teaching all us Americans about our racial history,” Romero said. “In order to know where we are going as a nation, we need to learn from the great sacrifices our African American ancestors made to fight and survive the trauma of white supremacy, and combat now the ongoing forces of systemic racism.”

According to Romero, Wilson’s work was also about power. He believed strongly in being your own savior, your own warrior and advocate, and not letting others do it for you. “What drives me right now is keeping his legacy alive and making sure his stories are still relevant and speak to the political climate of our time,” she said.