Professor of Astronomy and Astrophysics Claire Max, who made big contributions to her field, reflects on retirement and a long and stellar career

Above: Claire Max, shown with Lick Observatory’s Shane Telescope | Photo by Laurie Hatch Even the scientists doing the experiment described it as zany. The plan was to shoot a powerful laser into the sky from Lawrence Livermore National Laboratory in order to test a theory that astronomers could create their own guide star and thus make the views from big earthbound telescopes as clear as those in space.

Motorists on a nearby freeway wondered at the bright pillar of light in the dark sky. A woman in a town six miles away called police to report what she said was a UFO hovering over the lab and sucking away the country’s nuclear secrets. And, yet, the experiment worked. Today, the process of creating “a laser guide star” as a way to measure and compensate for the atmospheric turbulence that blurs telescope images has gone from being a curiosity to a mainstream tool used by astronomers around the globe. This has been the goal of UC Santa Cruz Professor of Astronomy and Astrophysics Claire Max, 74, who some call the mother of laser-guide-star adaptive optics for astronomy, a woman for whom curiosity and a never-say-never attitude helped her make big contributions to the world of astronomy and astrophysics. She retired in June. 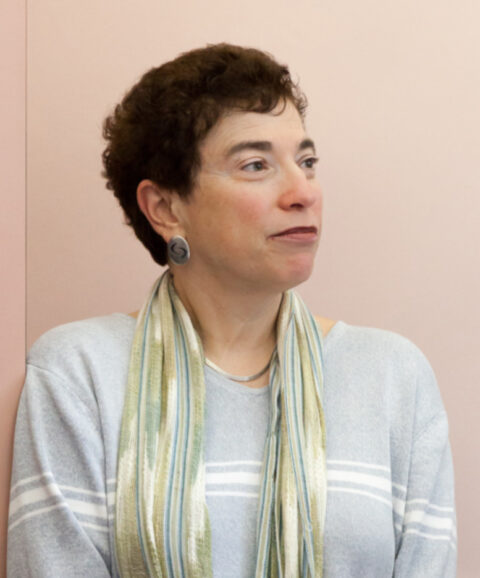 UC Santa Cruz Professor of Astronomy and Astrophysics Claire Max, whose curiosity and never-say-never attitude helped her make big contributions to the world of astronomy and astrophysics, retired in June.

It was in the early 1980s, Max said, when she was asked to join the Jasons, an exclusive and secretive assembly of scientists formed during the Cold War to give advice to the Department of Defense. She was the first woman in the group.

“The Jasons had written reports addressing some military problems (e.g., imaging satellites from the ground) that suggested sodium atoms in the atmosphere would be a good way to make a guide star,” Max remembered. “It was highly classified but once it was declassified, a colleague of mine, [laser specialist] Herb Friedman, and I were having lunch and we looked at each other and said, ‘Isn’t it strange no one in astronomy has picked up on that?’

This man-made “star” allowed astronomers to measure atmospheric turbulence hundreds of times a second and use the measurements to adjust a flexible mirror (called a deformable mirror) used in telescopes to cancel out the optical effects of this churn. Suddenly, views of space snapped into focus. UC’s Lick Observatory east of San Jose, Calif., was a key proving ground for the new laser-guide-star technology.

Later, Max led the Center for Adaptive Optics at UC Santa Cruz, which was funded by a $38 million grant from the National Science Foundation. Over the 10 years the center operated, scientists developed new techniques for peering into space to detect extrasolar planets and found new approaches for high-contrast planet imaging, among other accomplishments. After her tenure there, she became director of the University of California Observatories. Max, whose sense of humor is as sharp as the telescopes she helped create, said her husband accuses her of spending her career taking the twinkle out of stars. 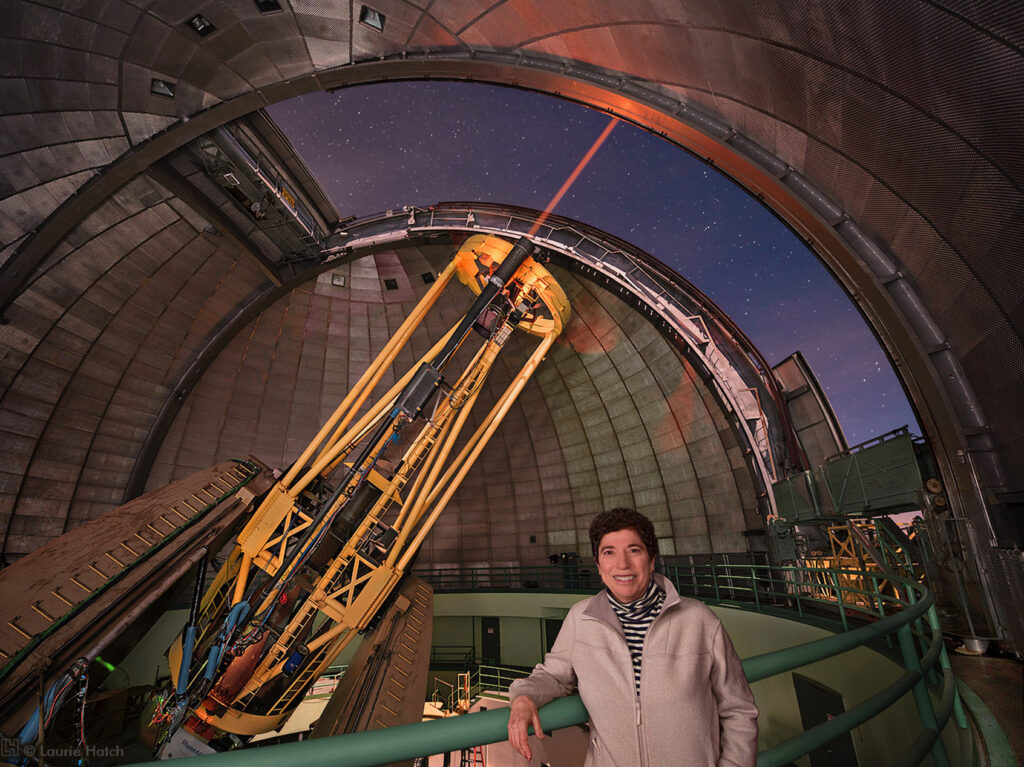 Her discovery has earthbound applications too. According to Max, it’s being used to image the living human retina, which is similarly blurred by the eye’s cornea and lens, in order to answer questions about how we see and to assess ways to cure retinal ailments. It also may become a tool for early detection of eye diseases.

For Max, spending her time peering into space has pulled terrestrial life into clearer focus as well.

“We get mired down in day-to-day life, our problems and our joys,” she said, “and, for me, looking at the stars and knowing they are far away and the universe is very big gives me a broader perspective. It’s like taking a deep breath. And the perspective I have is that we are just one planet of many and our sun is just one star in our galaxy and that there’s a much bigger picture out there than our daily concerns.”