The Mexican state of Oaxaca is known around the world for its culture, food, dance, and music, but it is also a treasure trove of indigenous languages. Many of those tongues, however, are threatened as communities disperse and face pressure to fit in and leave their identities behind.

“We are talking about hundreds of languages, some sustained in very small communities,” said Maziar Toosarvandani, associate professor of linguistics, who leads the Zapotec Language Project, a group of UC Santa Cruz linguists working closely with Zapotec communities in California and Mexico. 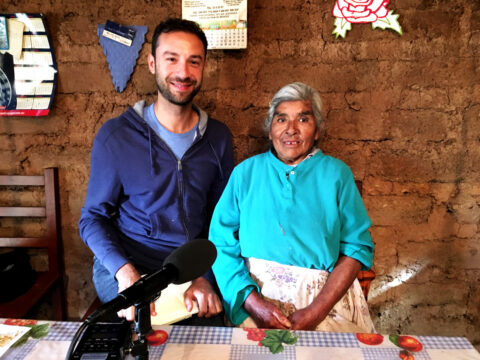 When many speakers of Oaxacan languages immigrate to the United States, they may live in communities where few speak their language. They switch to Spanish, as a lingua franca, halting transmission of their language to the next generation and causing the collateral loss of cultural heritage.

“People from different towns end up living next to each other. You could live right next to other Oaxacan immigrants, but maybe they speak a Mixtec language and you speak a Zapotec language, so you won’t be able to talk to one another,” Toosarvandani said, referring to two indigenous languages.

Another issue is the stigmatization of indigenous peoples, along with their cultures and languages, “which is very deeply rooted both in the United States and in Mexico,” said Toosarvandani, who is also UC Santa Cruz’s graduate program director in linguistics.

This reality lends urgency to the work of UCSC linguists, who have been researching and spreading awareness about these languages, which have received scant attention in the academic realm. 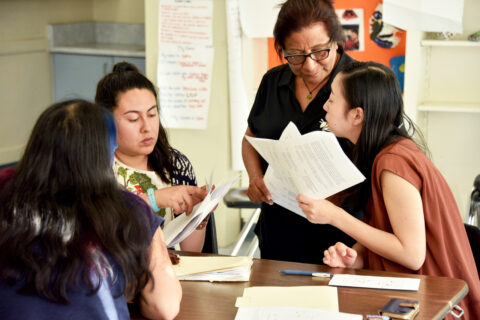 As part of the venture, UC Santa Cruz linguists work with native speakers of Oaxacan languages to develop games and activities for learning about these languages and their speakers, which they share at Nido de Lenguas events and Senderos’s yearly cultural festivals.

Nido de Lenguas has focused so far on a handful of languages spoken in Santa Cruz and in the Monterey Bay Area, including San Martín Peras Mixtec, Santa María Tlahuitoltepec Mixe, and Santiago Laxopa Zapotec. They are planning to feature other Oaxacan languages spoken in the area in the future.

The UCSC linguists also support native speakers as they teach their languages, creating lesson plans and exercises. One growing event is the twice monthly Zapotec language classes, taught by Fe Silva-Robles. She is also the director of Senderos, which she cofounded with her sister, Nereida Robles Vasquez. Both were born in Santiago Laxopa, Oaxaca.

“Fe Silva-Robles is a huge voice in her community,” Toosarvandani said. “It is a tremendous privilege to collaborate with her and share her language with others.”

The Humanities Institute at UC Santa Cruz has worked closely with Toosarvandani and his team from the beginning, providing them with seed and matching funds as well as project management.

This year, THI is funding a yearlong graduate fellow, Kelsey Sasaki, to work with Senderos and the Nido de Lenguas team along with two undergraduate students, Yatziri Arias Torres (Stevenson ’21, politics and Latin American and Latino studies) and Mikayla Falk (Kresge ’22, literature). All the students involved in this project are Public Fellows of THI.

While the COVID-19 pandemic has put a halt on the partnership’s lively in-person events, Toosarvandani says that Zoom has made outreach far more accessible.

“We are now looking for new ways to engage with the public through digital outreach,” he said.

Languages on the brink

The tenuous fate of many indigenous Oaxacan languages is part of an unfortunate and longstanding global problem. Every two weeks, a language goes extinct, according to National Geographic. According to the UNESCO Atlas of the World’s Languages in Danger, 230 of the world’s roughly 7,000 known languages died out between 1950 and 2010.

But language obsolescence is not inevitable. Outreach—and the strong motivation of Oaxacan immigrants who wish to preserve and celebrate their language and culture—could help defy this trend.

The United States has seen an increase in the number of Oaxacan immigrants speaking many different indigenous languages since the 1970s and 1980s, said Toosarvandani.

“Over the past 10 years, the children of these immigrants have increasingly become our students at UC Santa Cruz,” he said. Many are interested in learning about their linguistic heritage.

Raising awareness in the Latinx community and among the general public about these languages is valuable, especially considering “the internalization of stigma” resulting from the history of colonization in Mexico.

Even “members of the Oaxacan community may discover something valuable from hearing others talk about their language in a positive way,” Toosarvandani said.

A joyful engagement with language 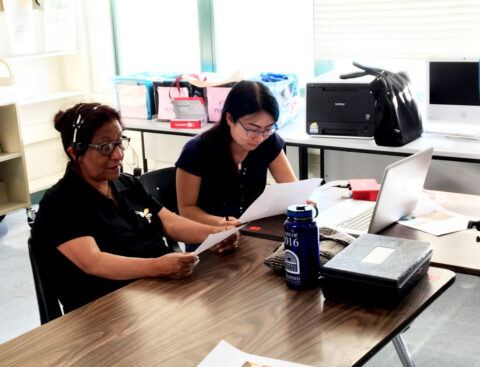 Sasaki, a Ph.D. linguistics student at UC Santa Cruz, has a yearlong fellowship sponsored by The Humanities Institute. She has chosen to spend her time working closely with Senderos.

Aside from her administrative responsibilities, Sasaki is creating online language games, and collaborating with an Oaxacan artist, Roque Reyes, to make illustrated alphabet charts and flashcards. Before the pandemic, she traveled to Santiago Laxopa, nestled in the hills of the Sierra Norte. Like other towns in the region—located close together, but often separated by steep topography—it has its own variety of Zapotec.

“Zapotec, like other Oaxacan languages, varies in relatively small ways town by town, and in larger ways at the regional scale,” Sasaki said. “Native speakers are definitely aware of many of these variations. And between two towns that are very close to one another, even an outsider like myself could recognize a few of them. Our work on Zapotec only covers a small handful of varieties within this very big, complicated language group.”

She said that Oaxacan native speakers don’t have to leave Mexico to experience the pressures of assimilation.

“People from Oaxaca already experience racism from other people within Mexico. Those who come to the United States—and U.S.-born people with Oaxacan heritage—also have to face more generalized racism and anti-immigrant prejudice. Many aspects of Oaxacan culture can become lightning rods for that racism,” said Sasaki

She said that Senderos’s dance and music programs provide a safe space for participants to perpetuate and take pride in the rich artistic traditions of Oaxaca and other Mexican states. And Nido de Lenguas is an extension of that vision into the realm of language.

Sasaki said the loss of any language is more than just the loss of a means of communication. It’s also a loss of knowledge and culture.

“Like music and dance, languages reveal both the past and present of the places they come from and the people who formed them,” she said, “and I feel very lucky to have the opportunity to help Fe and the other speakers we work with to preserve, share, and celebrate their languages.”