Rebecca London was worried about the future of America’s children.

While researching her newly released book, Rethinking Recess, she came to understand that recess is an essential part of children’s social and ethical development, but that far too many of them were being forced to go without it.

London, assistant professor of sociology at UC Santa Cruz, hoped for a local Santa Cruz book launch that would attract a lively and engaged audience including teachers and public school administrators from the Santa Cruz community as well as UC Santa Cruz faculty and undergraduates. 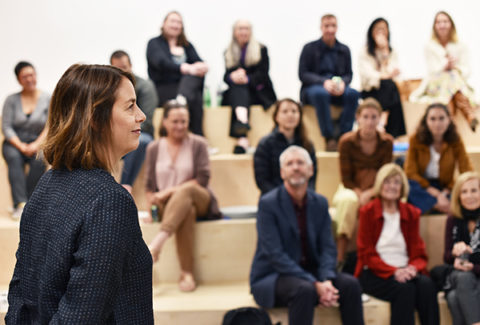 “As a community-engaged researcher, it’s vitally important for me to be able to reach community with my research,” she said.

But organizing a large public event was outside her skill set, and paying for it was outside her budget. That’s where UC Santa Cruz’s new Institute for Social Transformation stepped in. The newly launched social sciences research institute—the brainchild of Social Sciences Dean Katharyne Mitchell—provided funding, and also helped organize and publicize the local Santa Cruz book launch.

As a result, 100 eager attendees showed up for the event—almost unheard of for scholarly titles.

“It was a chance for people who care about education in our community to all be together in the same room,” London said. “People from sociology and education and all these people from Santa Cruz turned out.”

The event was the biggest, most public one she’s ever held, she said.

“(The institute) really knows what it’s doing. There really is an art to making an event special,” she continued. “I had some faculty members come up to me and say, ‘Wow, I want to know how you got this done.’’’

That recent launch is just one of the many triumphs the institute has racked up on and off campus. Since Mitchell launched the institute in November 2018, it has boosted and incubated a wide array of impactful projects, using its networking and organizational prowess, as well as “seed,” “sprout,” and “harvest” grants to give faculty initiatives some much-needed extra “oomph.” 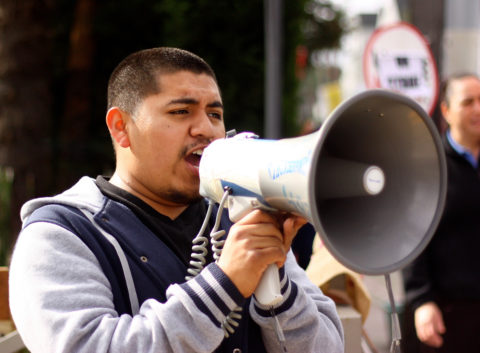 The institute is a valuable addition to the UC Santa Cruz community, but it also fits in with the university’s longstanding mission of social justice and advocacy—core values the campus has sustained since opening its doors in 1965. Since then, the campus has developed a rich culture of institutes and centers that support, elevate, and partner with faculty initiatives and projects.

One of the Institute for Social Transformation’s many beneficiaries is a new Human Rights Lab, run out of the campus’s Research Center for the Americas, which is training students to use state-of-the-art technology including satellite imaging, “digital verification,” and other techniques to investigate atrocities and alleged human rights violations across the globe. Sylvanna Falcón, associate professor of Latin American and Latino studies and a human rights researcher, brought the lab to life with seed funding from the Institute for Social Transformation.

The institute is a networking system for faculty researchers, but it also sparks new ideas, fosters bold research projects, and increases the real-world impact of scholarly work. 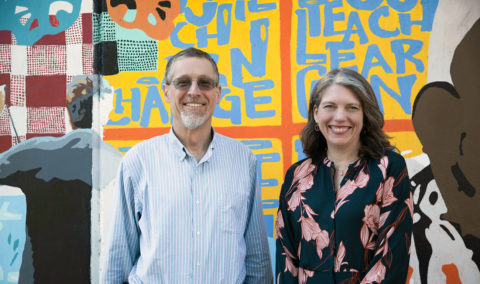 Chris Benner and Mykell Discipulo, Director and Assistant Director of the Institute for Social Transformation (Photo by Carolyn Lagattuta)

“The institute’s role is to try to help these things become bigger, better, and bolder,” said Chris Benner, institute director, UC Santa Cruz professor of environmental studies and sociology, and holder of the Dorothy E. Everett Endowed Chair for Global Information and Social Entrepreneurship. “What does it take to have more of an impact? What does it take to reach decision makers and change makers, and how can (faculty) be more bold about their research and impact on the world?”

The institute is distinguishing itself with its expertise in policy, advocacy, social justice, environmental issues, education, and other areas during a time of political fracturing and polarization. The institute also encourages cooperation between faculty members, whether they are teaming up on a project or editing and reviewing each other’s academic manuscripts prior to publication.

“I think (the institute) is treading new ground,” Mitchell said. “We’re focusing on collaborative research, public scholarship, and social justice. These are the things that make UC Santa Cruz unique, and the institute is the center and the heart of it. We really thought about the fact that there is so much great research going on that is not really being recognized outside of campus.”

London’s recent book launch is just one example of the institute working to help faculty take their projects to the next level and have a larger impact, said Mykell Discipulo, assistant director of the institute.

“We know how to get that done,” Discipulo said. “It can be overwhelming to start that process from scratch. We want to help them be efficient, take away barriers to working across divisions, and help them get their work out into the public sphere—and into the hands of decision makers.” 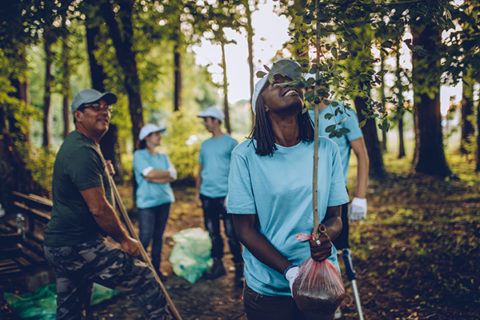 Environmental regeneration is a pillar of the Institute for Social Transformation.

Now, the institute itself hopes to rise to the next level, securing more funding so it can continue to celebrate and incubate socially conscious projects for years to come.

“This was my vision, and it will always be, and I really want to make it sustainable,” Mitchell said, referring to the institute and its impactful work on and off campus. A $5 million endowment would provide ongoing financial support needed to ensure the institute will continue to make a real difference for faculty and students in perpetuity, according to Mitchell. The institute has already received $300,000 from a private donor.

Such funding could help the institute launch and support even more projects on and off campus, adding to its impressive roster of successful projects and partnerships. Some recent examples include:

The launch of the institute is timely because of pressing issues of social inequality and economic injustice, Benner said.

“At this moment in our history, levels of social and economic inequality are unprecedented,” he said. “Silicon Valley is the richest region in the history of the world. It also has, when adjusted for cost of living, the highest level of poverty in the country.”

At the same moment, Americans are grappling with climate change, as well as fear of technological progress winnowing their jobs away. Meanwhile, public four-year universities, previously seen as vehicles for social mobility and progress, are becoming much less affordable, leading to a dropping confidence in higher education.

In the face of such extraordinary problems, an audacious and unique approach is necessary, Benner said. This is the sort of approach the institute engenders.

In many ways, he continued, “the world needs us now more than ever.”