NextPlanning for the future
Giving

A gift from the Jacques M. Littlefield Foundation will allow the UC Santa Cruz First Generation Initiative to hire interns who provide services, support, and programs for fellow first-gen students.

In 2019, David Littlefield directed the Jacques M. Littlefield Foundation to make a gift to UC Santa Cruz that would help first-generation students successfully complete their education.

The gift enables the UC Santa Cruz First Generation to hire interns—themselves first in their families to attend college—who provide a range of services for their fellow students.

Littlefield is the president of the foundation, which is named for his late father. Funding education became an ongoing priority for Littlefield after he met Guatemalan elementary-school-aged children who were clients of Esperanza Juvenil, a group that helps students complete postsecondary education.

It was transformational seeing the gratitude of children who might not otherwise have been able to go to school, he says.

“Kids are going to school from 7 a.m. to 6 p.m., and they just love it,” Littlefield says. “It was eye-opening. Creating an opportunity for someone who really wants to make the most of it is truly gratifying.”

The First Generation Initiative interns organize programs and offer help based on the research findings of Associate Professor of Psychology Rebecca Covarrubias, whose focus is identifying practices that support student success.

The interns spearheaded a series of talks at which students, staff, and faculty shared first-generation experiences, creating a sense of belonging. Because finding services is a challenge first-generation students commonly report, the interns also provide in-person guidance, connecting students with academic and financial assistance.

“Parents have fears and concerns about sending their children to college,” says Yu. “Listening to other parents’ experiences and knowing their child has support will help them feel hopeful.” 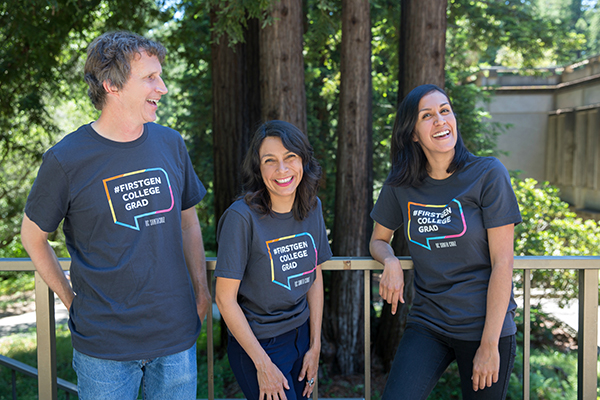 The Jacques M. Littlefield Foundation’s gift will fund the interns’ work for about three years. It is meant to also inspire other donors to help make the funding permanent.

“First-generation students deserve high-quality education to and through college,” David Littlefield says. “It feels rewarding to be there for those people who want that chance.”