NextOur way of giving back
Letters

Rants, raves, recommendations, and love letters from our readers. 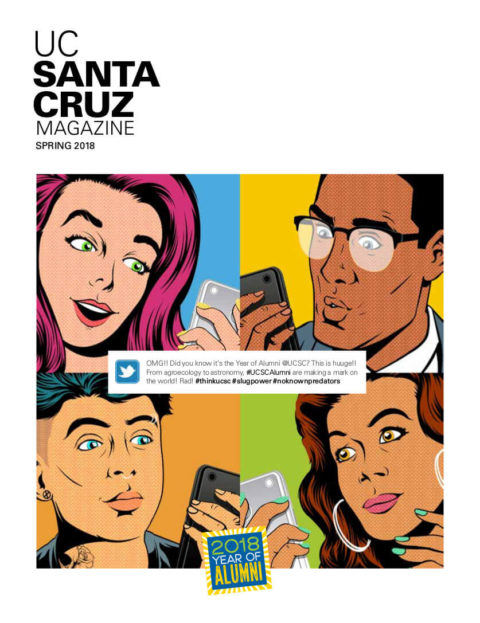 Bruce Lane was an architect who worked first in the Office of Physical Planning and Construction and then in capital planning, where he served as director of capital planning until his retirement. I worked closely with Bruce during my time at UC Santa Cruz, first as staff architect and then as campus architect. He was devoted to the campus and well deserves being remembered in this way; I remember him fondly.

Phthalates not the only peril

The article on Professor Rebecca Braslau’s research on phthalates, “Preventing plastic’s perils,” was interesting, but left out an important aspect of polymer hazards, particularly for PVC. While phthalates are a significant concern for consumers, the precursor for making polyvinyl chloride, vinyl chloride, is a well-known carcinogen that threatens workers in the PVC production process. In addition, there are a variety of other toxicity concerns, particularly around chlorine, present in the supply chain for PVC. Elimination of phthalates will not necessarily eliminate the risks associated with PVC or other polymers that involve the use of
phthalates.

In this era of federal efforts to eliminate regulations protecting human health and the environment, we should be aware and vigilant about the risks of products and materials across their entire life cycle.

P.S. Some of us aren’t as big fans of Chancellor Sinsheimer as the two letter writers in the spring issue, both of whom were in executive roles in the administration. Some of us believe that UC Santa Cruz was always a “serious” university even as it took a different path.

A lifetime of comics

I enjoyed the “Comic relief” article.

I particularly appreciated Jim Gunderson remembering the 1970s Graphic Stories Guild. The 8/9 annual publications are exhaustively documented in the 1982 Official Underground and Newave Comix Price Guide by Jay Kennedy. I ran that guild for two years with Charlie Boatner and Angela Bocage. Jerome Schiller ran it for its last two years.

Angela Bocage (Gilden) (Porter ’84, art) published her first comics story, “The Worm,” in the Graphic Stories Guild, and created the first comics anthology from a major publisher for diverse sexual identities. She is an immigration attorney in Boston and has taken her art and activism all over the country.

Jerome Schiller (Porter ’80, art) has worked on Amnesty International’s marketing and on ads for a couple of the Star Wars movies.

This is the 40th anniversary of my senior thesis, “Understanding Comics.” After 53 years of comics reading, creation, and adventures with the ever-evolving industry, I am still fascinated with the medium and field.